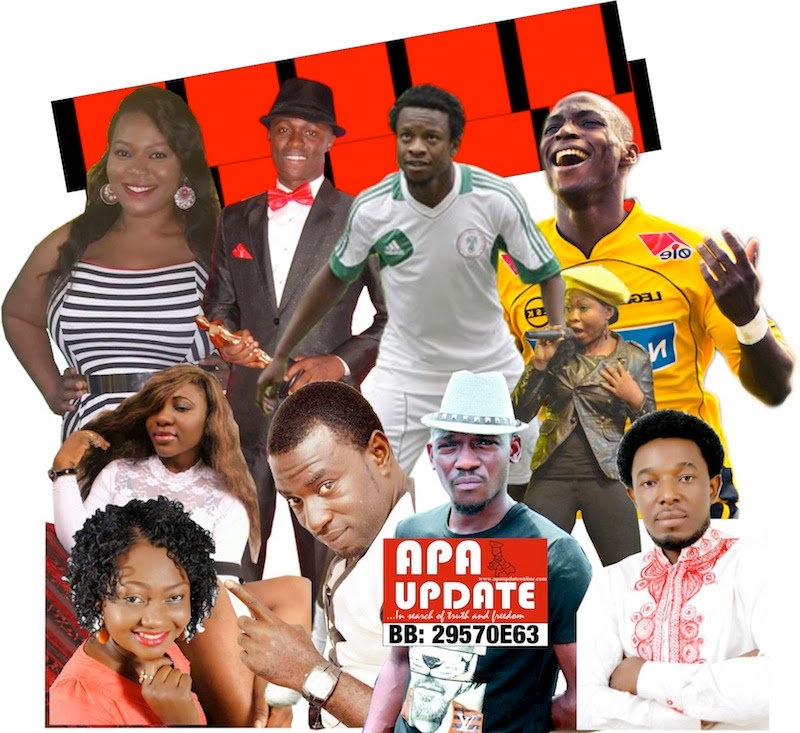 In this list, Apa Update showcases 10+ young Idoma celebrities who are flying the red and black flag high in their chosen careers.

With the level they have upped their games and stepped up their antes, they are tipped to wow in 2014 like never before. 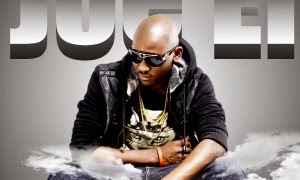 He’s been criticized severally for having a similar vocal texture and technique to 2Face Idibia.
Kennis Music star, Joel Amadi Joe, had a dream – being the best he can be in music, thrilling fans all around Nigeria with the best of his ability, raking in the money figures, and ultimately leaving behind, a legacy befitting of legend. He had the passion from the start, a young lad reared in the dynamics of Lagos, who had a vocal delivery few could match, and the lyrical talent to astound. Slowly he worked his way up the ladder, with a stage name JoEl, chasing the bright lights of stardom ever so clearly. Carving a dream, by sheer will of faith, and trusting in his abilities, he put in good performances to back his aspiration hoping he will break even.
He joined the Kenny Ogungbe’s led Kennis Music record label a few years back and Joel is no doubt fast becoming a household name in the highly competitive music industry.
According to findings, Joel discovered that apart from the fact that he has a facial look just exactly like 2face, they have almost the same voice texture, hail from the Idoma ethnic group in the Southern part of Benue State in central Nigeria. And lastly, His being signed on 2face’s former record label (Kennis Music) in which one would think all this is far beyond mere coincidence. 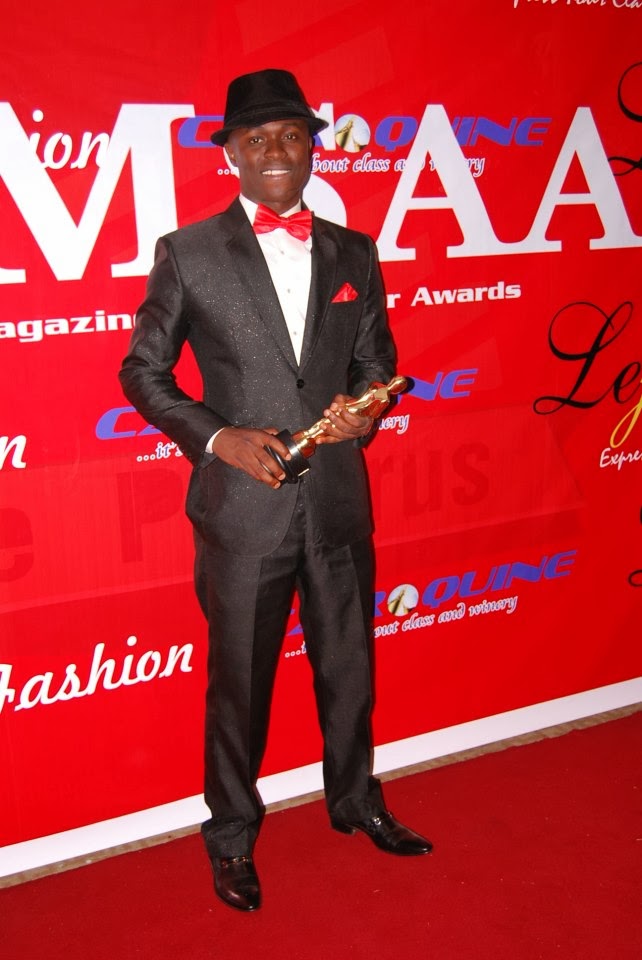 Enenche D Comedian
With his irresistible jokes and stage management ability, Enenche Obonyilo Peter, popularly known as Enenche D Comedian has maintained a steady rise to stardom.  In 2013, he proved his mettle, wowing audiences beyond expectation. Even in the face of serious competitions, the popularity of the Aidogodo-Okpokwu-born budding comedian has continued to soar.
He’s is an outstanding comedian, MC, motivational speaker and social activist who has performed at several shows and other high profile social functions.
The ‘National Comedy Adviser’ has natural sense of humour mixed with the flavour of a learned intellectual who observes daily human struggles and lifestyles and convert them into stomach tearing jokes that leaves his fans in the state of euphoria and experience of joy and hope.
He won the Apa Update Man of the Year Award, thus beating his close contenders such Abba Moro, Igoche Mark and Ogenyi Onazi to emerge winner of the debut edition of the award. 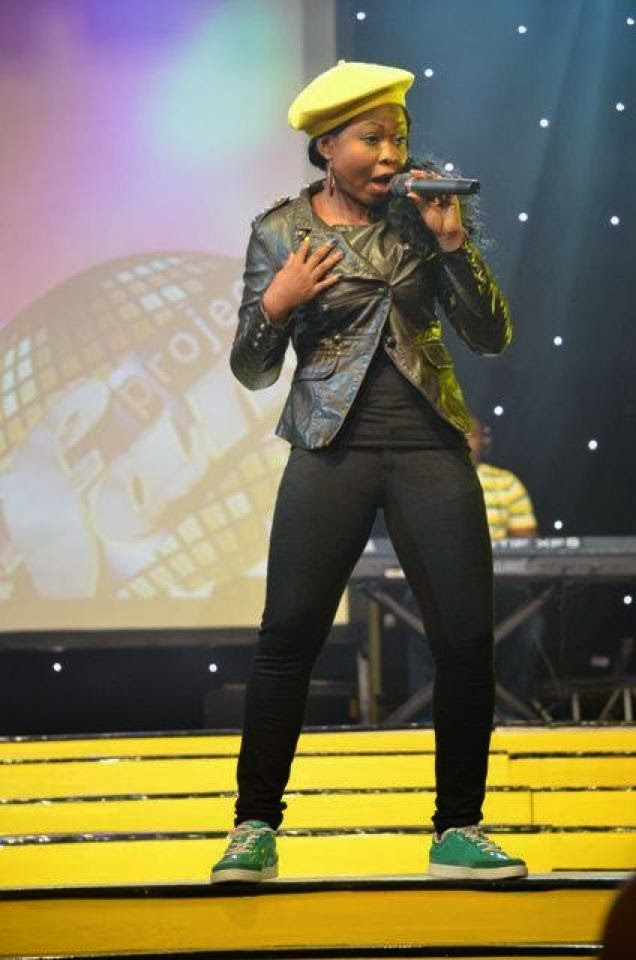 Monica Ogah
MTN Project Fame Season 4 winner, Monica’s Ogah’s no doubt had a successful year in 2013.
The songbird whose studio effort, Body Hug enjoyed massive airplays on many TV and radio stations across the world would no doubt wow her teeming fans this New Year.
Monica featured in Chris Morgan’s Often As I Breath. 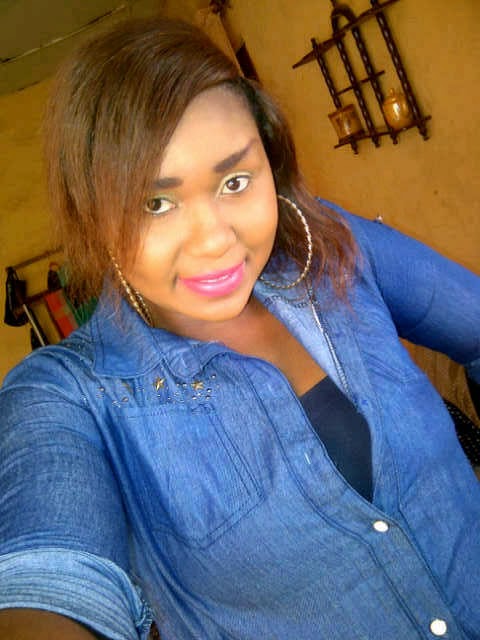 Susan Enenche
Susan Enenche hit limelight when she dazzled in Dan Akpa’s directed Rose of Love.
Enenche also stared in Abel Succes’ directed Brazzilain Babes with the likes of Desmond Eliot and other Nollywood stars.
The sexy thespain who took a bow from the industry few years back in a recent chat with AU said she’s back to do what she knows how to do best. 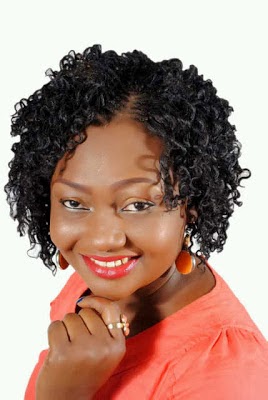 Jane Odoh
Down-to-earth movie star, Janet Ameh Odoh is an actress to watch out for in the movie industry. The thespian who hailed from Owukpa, a suburb of Benue has carved a niche for herself and burgeoning career. The role interpreter became a household name after her wonderful role in St. Godwin Ochola’s directed Ada (The Helpless Orphan) some a few years back. She is the initiator of the Miss Idoma beauty pageant.
Following the success of the Miss Idoma Beauty Pageant, the thespian has returned to the location where she’s currently lensing a new job with Ochola on the red dust of Otukpo. 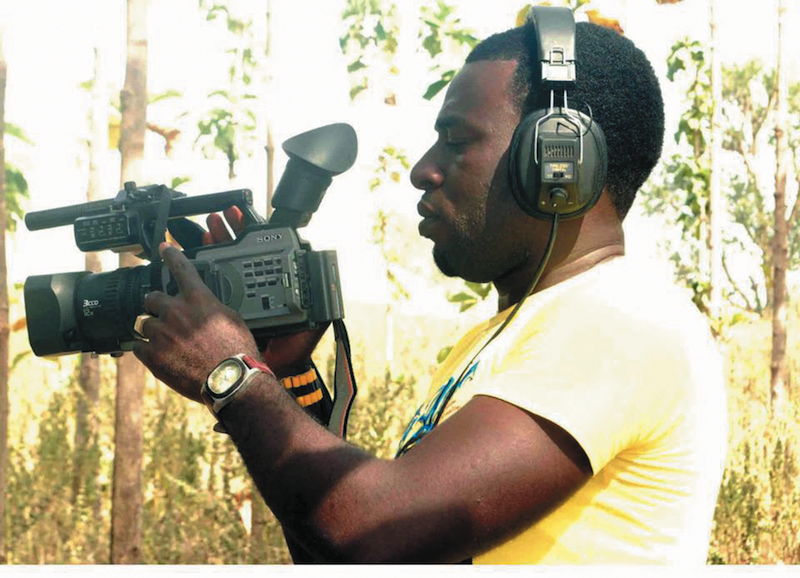 Godwin Ochola
He’s the “Golden Boy” of the Idoma movie industry. Workaholic filmmaker-cum-actor, Godwin Ochola otherwise known as De Black remains a mark as far as the Idoma entertainment industry is concerned. Ochola who is head-honcho of the Otukpo-based St. Godwin Productions has stared and directed chart-bursting movies such as Ada, Ihotu, Ofu, Ochanya and Ondu Aje et al deserved the award due to his perfect interpretation on roles and characters.
His movie, Ada was crowned the Best Idoma Movie of the year 2011. 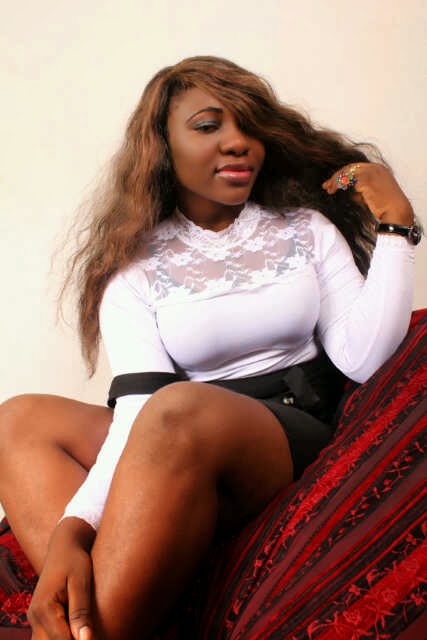 Imelda Ada Okwori
The year 2013 was indeed a wonderful and memorable year for pretty pop singer, Imelda Ada Okwori popularly known as Imelda J, as the good things of life have continually to smile on her.
On November 25, which was her birthday, Imelda-J got an awesome designed gold wristwatch worth about $1000 as a belated birthday gift from her maternal aunt. Same day, she dropped a smash hit single titled ‘Take All’ to celebrate her birthday in grand style.
Also in 2013, the Benue State Queen of Pop, as she is often called by her fans, won several recognition awards including Hype award, Owambe Clothings Award of Recognition among others. Her first single was My Love For You produced by OJB Jezreel, who also featured on it. The song won her an award in 2010.
Just a week after she was honoured with the award, the beautiful Afro pop singer, who was recently inducted to the hall of fame by Owambe Clothings, launched her new album titled ‘Beyond Gravity’ at the Sheraton Hotel, Abuja. 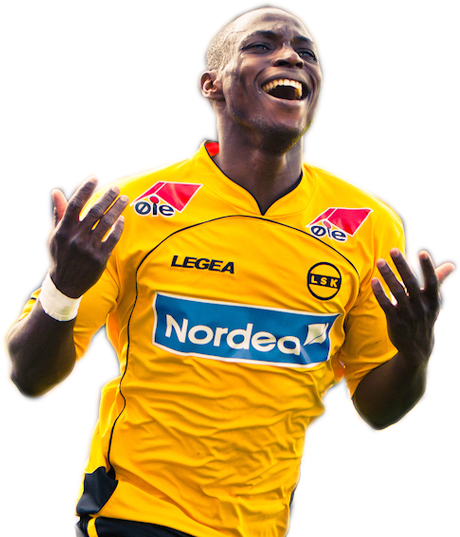 Anthony Ujah
Anthony Ujah was born in Ugbokolo area of Benue State in 1990.
Ujah plays as a striker for the German side 1. FC Köln and the Nigeria national team.
In June 2011, Ujah signed for 1. FSV Mainz 05,[9] after being tracked by several clubs, most notably Danish outfits F.C. København and Brøndby IF.
He scored his first two goals for his new club in a 3–1 victory over VfB Stuttgart on 4 November, ending his side’s winless run that stretched back to mid-August and moved them three points clear of the relegation zone
On the last day of the summer 2012 transfer window, Ujah signed a season-loan to 1. FC Köln.
At the end of May 2011, Ujah was called up to the U23 Nigerian National Team that faced Tanzania on 5 June 2011.
He was selected for Nigeria’s squad at the 2013 FIFA Confederations Cup.

Ogenyi Onazi
Ogenyi Onazi was one of the players who inspired Nigeria’s victory at the 2013 African Cup of Nations in South Africa.
Born 25 December 1992, Ogenyi plays as a central midfielder for Serie A club Lazio and the Nigeria national football team.
The youthful midfield maestro has been tipped as one of the players to dazzle at the 2014 World Cup in Brazil.
He was recently in the news for capturing a thief in Italy. 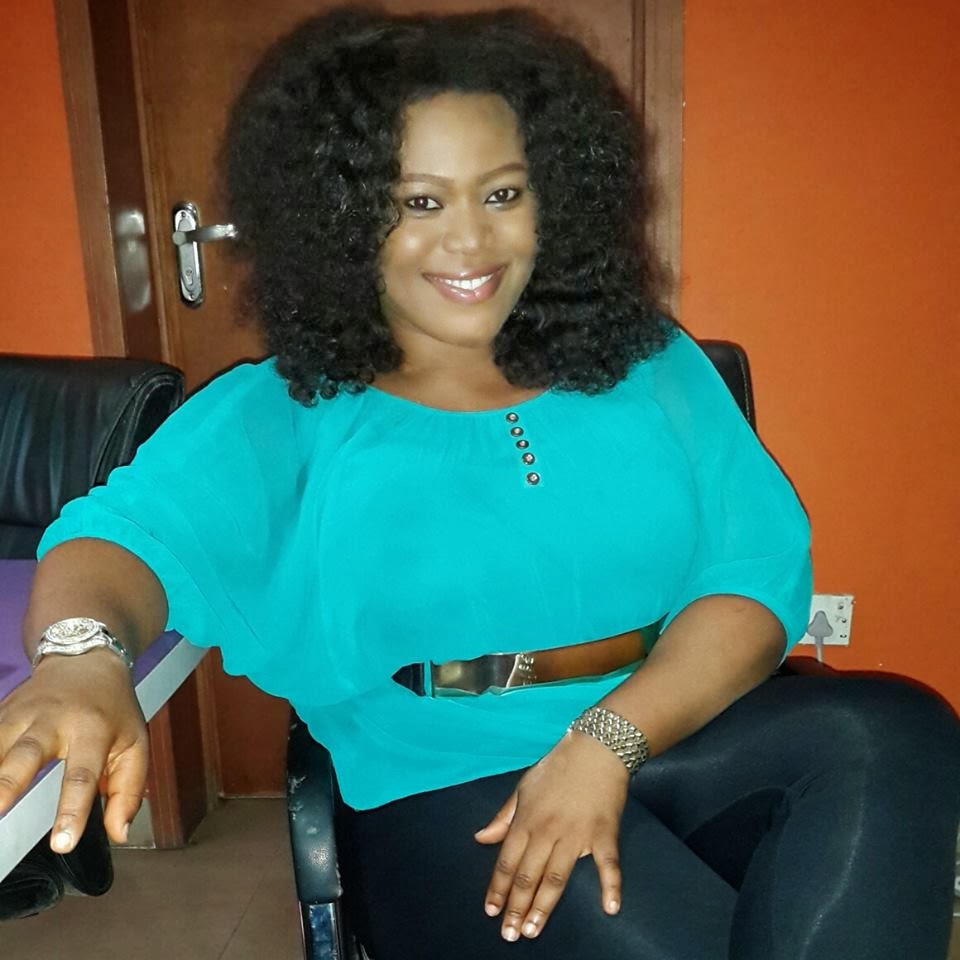 Immculate Patience Edache
Her journey to stardom kicked-started when she emerged 1st runner up of the 2014 Project Fame West Africa.
The Benue-born bold and beautiful songstress smiled home with cash prize of N3m and a brand new car.
Edache, 22 a Mass Communication graduate of Benue State University was also one of the finalists of Peak Talent Hunt Show. 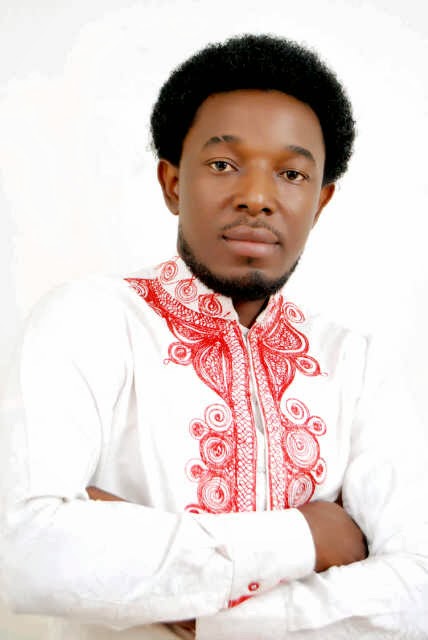 KingJames Agaba
His voice recalls the very best of Ferricia Tucker. With a Lenny Kravitz-hairstyle and an infectious smile, he throws up an image of the itinerant musician. His vibes would overwhelm you with a profound nostalgia. This gospel singer offers something fresh, original and timeless. One-minute listening is all the conviction you need. Born James Agaba but famously known as KingJames, the down to earth gospel sensation is a prolific song writer, singer and producer. He has sung his way into the hearts of many music lovers with his unique voice, inspiring lyrics, soul and spirit lifting songs. KingJames who hailed from Edumoga in Okpokwu LGA of Benue State, is an alumni of the prestigious Covenant University, Ota where he bagged a degree in Management Information Systems. His image flourished in his university days as he became an epitome of emulation amongst students where he became an Icon of reference and a renowned praise and worship leader during his university days till date 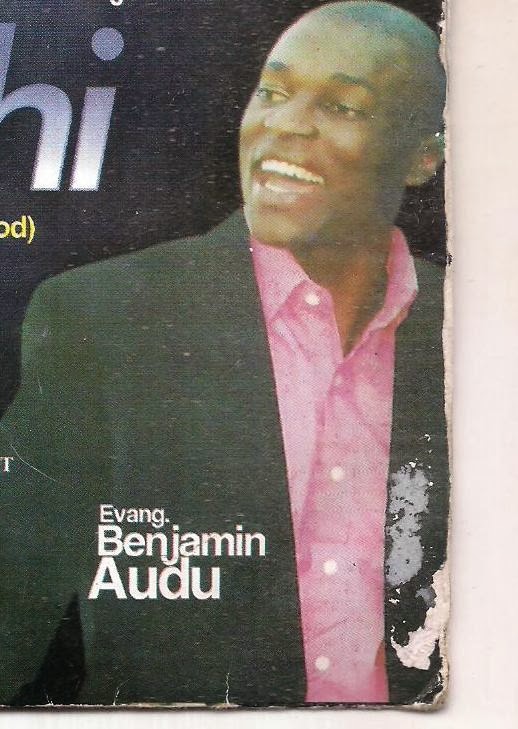 +Benjamin Audu
Peter Otulu’s protégé; Benjamin Audu is gradually becoming a household name in the Idoma gospel music sector.
With over four albums in the market, youthful Audu has warmed his ways into the heart of many gospel music lovers with his soul-lifting songs.
His popular tracks include, Ela Kumama, Ondu Alohi, Joweicho Gicho, et al.

Others….
Others who would as well remain on the spotlight include, Ehi Ejeh, immediate past Miss Idoma, Ladi Ogbe of Ochanyafame and Ehi Adokwu, current Miss Idoma. Others include, Owie Abutu, Alex Vera, Anthony Ujah, Christine-Ben Ameh and Abah Ben, Atere.