14–year senate tenure: I owe it to God – David Mark

14–year senate tenure: I owe it to God – David Mark 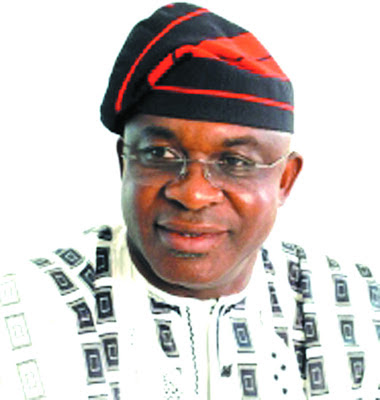 Senate President David Mark has attributed his survival in the Senate to God and the support of his colleagues in the National Assembly.
“I have been in the Senate for 14 years of our democracy and I am the longest serving president of the Senate of Nigeria in our contemporary history. All these can only be possible by the grace of God. I owe my success to the Almighty God, the support of my colleagues in the Senate, the House of Representatives and my constituents as well as the Nigerian people”, Mark told a congregation at St. Mulumba’s Catholic Chaplaincy, Apo, Abuja as he marked his second year in office of the 7th Senate.
Mark has been elected into the Senate under the People’s Democratic Party (PDP) representing Benue South Senatorial District of Benue State in 1999, 2003, 2007 and 2011. He became the Senate president 2007 and was re-elected unopposed in 2011.
The Senate president said he has every reason to thank God for the wisdom and courage in his position as the chairman of the National Assembly and commended Nigerians for the trust and confidence in his leadership.
Mark stated: “Not that I am more brilliant than others or the best senator in the country but God has been my guide. As political office holders, we pass through series of temptations everyday but it is only the grace of God that sees us through.
“As politicians, we need prayers, encouragement and God’s guidance to enable us satisfy the yearnings of the electorate. We are doing our best .To God be the glory for the past years. God has been faithful”.
Previous Post

TerryG opens the Book of Ginjah in Abuja

TerryG opens the Book of Ginjah in Abuja