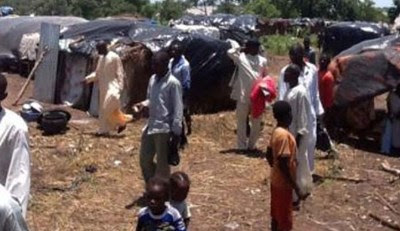 It was double jeopardy for 19 female refugees at various resettlement camps in Benue State who were raped by men who were not bothered by the discomforting displacement they are suffering as a result of the flood. Cases of rape have been reported in four of the designated camps.
The incident may have heightened the woes of the people who were displaced from their various homes by the flood that has ravaged many parts of the country, as they are already cumbered by congestion, hunger, physiological inconveniences, and possible epidemic.
Some of the state governments, like Delta State, have introduced mobile clinics within the camps, to handle any health challenge of the displaced people.
THISDAY checks revealed that the insecurity within the camps and the lack of privacy has given rise to frequent cases of rape there. “It has become a daily occurrence in the four official camps,” a source said.
The act, it was gathered, is being perpetrated by young boys and men in the camp, who have also become idle having been sacked from their farmlands.
The young men were said to have found a passion in developing randy inclinations within the camp. When THISDAY visited some camps such as Wurukum, Saint Catherine and Wadata, many of the parents who spoke to THISDAY decried the orgy of sexual affront within the camps. In St Catherine, a parent who condemned the growing act, hinted that the male adults in the camp may be compelled to organise vigilante teams within the camp, so as to ensure that “our wives and daughters do not get molested by miscreants and rapists”.
The source lamented that it is bad enough that “we are in this condition, yet it is worse that some ill-bred persons will come and compound our worries by beginning to attack our wives and daughters”.  He pointed out that the consequences of rape are far more telling, as it has both social and medical consequences for victims.
It was not certain if there was any medical service in some of the camps visited.
One of the victims, a 19-year-old girl who craved anonymity, disclosed that she was raped two days ago at about 10pm in the camp, by a young man she could not identify.
According to her, “I just walked back into the camp after I had visited a former neighbour in town. I got into the camp that evening, while I was walking towards the classrooms where we sleep, somebody called my name from a dark spot.
“I tried to find out who it was, but before I knew what was happening, somebody grabbed me from behind and threatened that he would stab me to death if I shouted. He pulled me down and raped me.
“I am not the only one they have done this to, there are so many other girls; there are over 19 of us that have been raped in the last few days, but we are all hiding it because of the shame, but if we don’t cry out, we will not get help because we are helpless.
“And if we don’t cry out because of the shame, the people behind these evil act will continue to torment girls and women in the camps.”
Many persons have expressed fears that the situation in the various camps has made women vulnerable and could promote illicit acts, especially in camps that are heavily over-populated.
A former Executive Director, Niger Delta Development Commission (NDDC), Mr. Power Ziakede Aginighan, had recently called for security on both camps hosting the flood victims as well as their communities from which they have been evacuated. He had argued that whatever that is left of the property of the victims needed to be protected as well, so that they might have something to fall back on when the floods recede.
When contacted, the Deputy Police Public Relations Officer (PPRO) for Benue State, Mr. Ejike Alaribe, Assistant Superintendent of Police, said the rape cases had not been reported to the police.
Alaribe, however, assured the victims that the police would intensify surveillance around the camps in order to stem the unhealthy development.
Previous Post

Flood – Mother of four, two others sacked from refugee camp in Benue