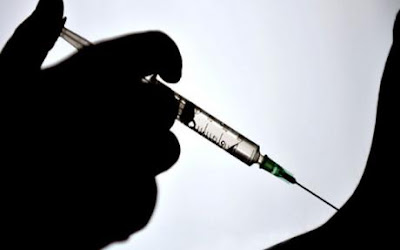 Two ladies, all bearing the name Florence (surnames withheld), one of which is a student of the Benue State University, Makurdi, have been confirmed dead after taking gentamicin 280mg injection.
According to the Director General of the National Agency for Food, Drugs Administration and Control (NAFDAC), Dr. Paul Orhii, who disclosed this in an interview with LEADERSHIP, yesterday,  the incident occurred in Gboko and Makurdi, the state capital.
The NAFDAC DG narrated that one of the ladies had gone to a road side pharmaceutical store in Makurdi to purchase some drugs for an ailment that infected her and that the chemist wrongly recommended the drug and gave her the injection which led to her death  on the spot.
Orhii further revealed that the other lady, who he said was from Gboko, had also gone to a hospital in the area for treatment and that she was equally injected with the gentamicin 280mg drug and she  died few minutes after taking the injection.
LEADERSHIP gathered that the incident occurred in a popular hospital in Gboko, a major town in Benue State and home of the Tiv nation.
The NAFDAC Director General in the interview said that the fake gentaicin 280mg was causing deafness, unnecessary bleeding and death and stated that the agency had placed a ban on the importation and use of the drug in the country.
He advised members of the public to beware of the use of counterfeit drugs and said that any medical expert who was caught prescribing fake drugs would be  sanctioned by  law.
Source
Previous Post