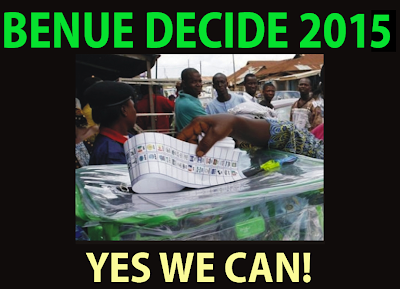 As activities rev ahead of the 2015 general elections in Benue State, the chairman of the Nigeria Labour Congress (NLC) in the state, Comrade Simon Anchaver, has declared his ambition to run for governor on the platform of the Peoples Democratic Party (PDP) in the state.

Making the declaration yesterday in a chat with Sunday Mirror, Anchaver also said he had offered himself to serve the people in that capacity so as to bring the much-needed change the electorate are yearning for.

He was enthusiastic that if given the opportunity, his administration would bring about an all-encompassing government devoid of opposition politics whereby every stakeholder would have an input in the running of government.

He said this would be unlike the old order, “Where people are not allowed to express their feelings in matters that affect them.”
“Gone are the days when our people were known for dedication and hard work in every responsibility entrusted in them but somehow, that has been relegated to the background, which by the grace of God we shall restore it back” Comrade Anchaver also stressed that his candidature was favoured by the state’s zoning formula more so as his people of Minda axis of zone ‘B’ are expected to produce the next governor.
source
Previous Post