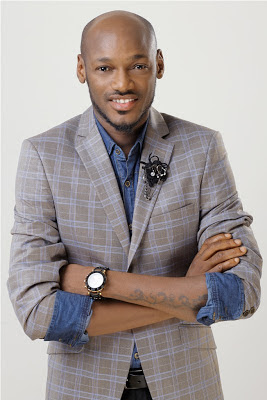 By Abdusalam Nasir and Ameh Comrade

In his life, three is a recurring decimal: he was three years old when his family moved to the United States; before he hit musical stardom, he passed through three music groups; his career kicked-started significantly in a band of three members; three times he’s had a brush with death; he used to be a man of three baby mamas. Nevertheless, he is not a three-star person.

Innocent Ujah Idibia, the musician popularly known as Tuface, is a five-star artiste. Call him an R&B maestro or a hip hop poster boy – each label fits him like a second skin. Watching him perform at the last AMAA or at his Buckwyld and Breathless album concert, gives a pretty good idea why the Tufacemania is irresistible. Since he cast off the toga of the defunct Plantashun Boyz group to pursue a solo career, he has been trailed by spectacular success.

Today, Tuface enjoys a cult following that is second to none. A folk favourite, his persona gets more endearing by the year; his songs, like good wines that taste better with years, are vintage tunes. A decade is a “long” duration for many a Nigerian musician – a period during which they sung their way to fame, sang their swan songs and surreptitiously faded away. But for 17 years, the Tuface’s meteor continues to travel. From “African Queen” to “True Love” to “Implication”, he has been dishing a smorgasbord of quality music.

Not many believed that he’d come this far. The roaring success of “African Queen”, the chart-bursting song from his Face 2 Face (2004) debut solo album, was attributed by many to Kennis Music’s turbo-driven promotion. After breaking the sophomore jinx with his Grass to Grace (2006) album, he left the safety of the behemoth label and set up Hypertek Entertainment. So far, he’s still a high flyer, a homegrown talent, who has found the Golden Fleece of music time and again – MTV, BET, Channel O, AMEN, MOBO, KORA, WMA – he won it all. Since 2004, there was hardly a year that passed without him gaining recognition home and abroad.

The Tuface phenomenon was even once accorded a quasi-national recognition when then Vice President Atiku Abubakar wrote him a letter after robbers broke into his house and injured him. Blue-chip corporate entities such as Guinness and telecom giant Airtel, consider him a brand to associate with. But fame and fortune did not come his way on a platter of gold. His rise to stardom portrays a relentless chase after the proverbial pot of gold at the end of the rainbow. His musical odyssey took him to Makurdi (where he was a member of Black Universe) and Jos (where he formed the Bad Manners group).

When he went to Institute of Management Technology, (IMT) Enugu, he juggled music with his academics, performing at campus shows and parties, and doing jingles for GB Fans Club at Enugu Broadcasting Service. Eventually, he would not graduate. But mercifully, the inordinate attention he devoted to music paid off.

Teaming with rapper Blackface, the duo turned their eyes on Lagos, a port of call that turned out to be a Promise land. With a third member, Faze, their group Plantashun Boyz took the music scene by storm. Their successive efforts, Body and Soul and Sold Out became genre-defining albums for the budding Nigerian hip hop movement. Tuface’s vocal power was difficult to ignore.

A solo career under the tutelage of Kennis Music, was where he struck gold with his Face to Face debut. The rest is history. In “Stylee”, a hip hop song off Jimmy Jatt’s The Definition album, he rhapsodizes about the rough road he travelled to stardom: I remember well/ The beginning of this struggle…That explains all the hustle and the bustle/ Like when we enter bus, we can’t stop cuz we no get money/ Trekking to Ikeja, it was not very funny. UP CLOSE AND personal, he is not your typical music star. In July 2011, at a birthday party that held at Golden Tulip Hotel, Festac, Lagos, Tuface put up an appearance that Sunday evening at about 7 p.m. A security personnel, who didn’t recognized him jibed at him.

“Hey that your car…go comot your moto, people dey pass o!” Customers in the hotel and invited guests were peeved at the security man’s shoddy treatment towards the star. The uniform guard, duly chastised, was also ordered by some angry fans to kneel down and apologise to him. But Tuface, who had been quiet through the tirade, would not have any of that.

He firmly asserted that such was needless. He simply re-parked his car. He had no hard feeling towards the disrespectful guard. In the course of the evening, his personality unfurled. Jovial, playful, down-to-earth, respectful. It is a common knowledge among his circle of friends that Tubaba, as he is fondly called by his teeming fans, doesn’t expect you to thank him for anything whatsoever. “Go thank God”, he would tell you. Simple but sophisticated. He appears insulated from the fetid celebrity subculture of the nouveau riches and the glitterati.

He’s not given to bling or binge. He doesn’t even speak English with a false accent in the name of sophistication. His Pidgin rocks! He leaves you with a lingering charm that makes it difficult to hate or to beef him, even if you are the type with distaste for celebrities. Instead of making him becoming, fame and fortune rather humanized him.. Humble. Nice guy. He still has the guy-next-door mien and mentality. That does not mean that he is not without any weakness, however.

He used to have a cardinal sin; women, his Achilles’ heel. What with seven children from three women that were not married to him at the time, he cut an image of a certified playboy, a lothario sowing his wild oats all over the place. His women are of different class and caliber: Vien Tetsola, former Miss Nigeria, Pero Adeniyi, divorced mother and daughter of a Lagos Prince, Sumbo Ajaba, a Goldman Sachs Scholar and former banker-turned entrepreneur and Nollywood actress Annie Macaulay who he eventually settled down with. While Vien was but a passing shadow in his life, others bore him children, with Pero leading the pack with three kids, while Sumbo and his wife, Annie bore him two respectively. Hear him before you judge him, and Tuface will give you a God-knows-it-wasn’t-my-fault defense for his playboy profile. “Some people perceived me as a womanizer and I wonder: me a womanizer? I don’t even know that I womanise” he declares in an interview.

He also adds, “I didn’t plan to have more than one woman in my life. I didn’t plan my life to be the way it is now.” Disenchantment with the polygamous empire he’d unwittingly built around himself may have forced him to reflect thus: “The truth is marriage is not in my plan. I don’t want to marry.” Commendably, he’d taken steps to bring order to his life and restore respectability to his image by eventually marrying from his harem of baby mamas on May 2, 2012.

While his fans may not be privy to the politics behind his choice of Annie Macaulay as his “Cinderella”, it is known that their romance dated back to 13 years ago when he was still a down-at-the-heel singer and Macaulay was a mere 17-year-old teenager who dared to fall in love with a dreamer. TUFACE IS ABOUT music; therefore his music is the best microscope to view his life. His colleagues revered him. His musical potential is prodigious: Acapella, is his forte. He has a mastery of freestyle. He is a maestro of live play. Of his recipe for success, he tells Entertainment Express: “My emphasis is more on my lyrics and my voice.

All I care about is making good music.” He theorizes further: “what makes a good song is a combination of creativity in the lyrics and the melody; the melody is what makes the music a hit. The lyrics might be trash but if the melody is tight, it would be a hit. The melody is the key.” Melody, the magic potion that propels songs into instant hit, he says, “is a gift that comes from the Almighty. It comes by inspiration.” Still making good music, in his opinion is no rocket science. “How do I get ideas for my music? Everything I see around me inspires me!” he enthuses.

Much of his appeal arises from his originality. “Of all the musicians in the world, I don’t want my voice to sound like anybody’s” he asserts, “I don’t follow trends. I don’t follow reigning style of music. I just do what comes to me naturally.” To feed his muse, however, he maintains an emotional attachment with the music of Jamaica. “I still listen to my reggae. I listen to a lot of reggae music.

I also listen to jazz. My all-time favourite is Kenny G. for reggae I listen to Morgan Heritage, Luciano, Movado. Reggae is still very rich” he affirms. He has gained some recognition too in the Rastafarian country. Once invited to Jamaica, by Damien Marley, during a Bob Marley birthday concert in Kingston, his rendition of “African Queen” left the Jamaicans gobsmacked so much so that “they thought I was a Jamaican because they believe only a Jamaican can do such music”.

Till date, “African Queen” remains a household song in Bob Marley’s country. Having reached many milestones, there are still more mileages for him to go. And indeed he is still rearing to go further and far.

“My music is relevant,” he asserts “and that is why I am still relevant”. Relevant he is. But that means the 40-year-old Idoma native from Amufu Ejeba in Okpokwi will have to continue to live with the pain that comes with his fame. “[I] don’t have privacy. [I] don’t have freedom again. I miss not being able to walk down the road like every normal person without drawing attention to myself,” thus goes his lamentation.

An exhilarated fan at his album concert breathlessly asked: “Is there a magic for making good music that this guy has discovered? Only the man himself could answer that question. But his response is predictable, even if vague: Nothing dey happen!