Abah Morro: A comrade and his feats

Abah Morro: A comrade and his feats 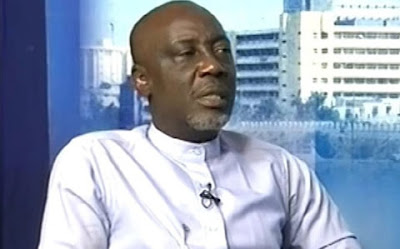 The name, Abba Moro brings so much back to memory. The name itself is a ‘memoir’.  It reminds one of one bright Friday morning back then in the great Benue State University. Then, it was all books, Law Park and the Theatre Auditorium where most of the theatrical shows happened.  In the midst of financial challenges, I found solace in these places.
It was rather a hopeless day for the students as the final exam was shifted without prior notice. I was enraged at the development.  I had exhausted my food from the hostel. How was I going to survive till the next week? In my anguish, I had to look for comfort; at least I could find that in the Theatre. My walk to the theatre Auditorium to gist with friends turned out to be one of the most revealing moments in my career. Every student sang gloriously out of the auditorium with a beaming smile, simply sending the message of hope to most of us who then believed that in spite of the rot in politics, some people with amazing outstanding quality still exist. Abba Moro lifted my hope with instant scholarship to all Idoma students of the University. It was a sight to behold as the students went wild.
This notwithstanding, few days after this memorable visit, Abba Moro commenced a new project in Benue State University. He then became the only ALGON chairman who never walked away with the task payer’s money. Today, the relics of his achievements still remain visible in Benue State University.
It is because of the overwhelming respect accorded to this brave son of Idoma and his numerous achievements that a glimpse into his life in service becomes essential.  Abba Moro, prior to his appointment as minister of the Federal republic  had been recognized in Benue State as a brave political activist who would spare most of his time fighting for the interest of the Idoma people within and outside the state. This household name is popular among the people, not for any other thing but for his dogged stance against Benue political plunderers. His remarkable achievement as the Executive Chairman of Okpokwu Local Government Area,  Chairman- ALGON, Benue State Chapter between 1998 and 2006 are too numerous to mention.
It was during Senator George Akume’s tenure as the Governor of Benue State and on one of the Senator’s visit to the state that Abba Moro was declared one of the greatest politicians in Idoma land. Akume’s reasons were not different from my views; the man had simply transformed Okpokwu LGA and helped in rebuilding ALGON. You may wish to ask why Akume visited Okpokwu at this very moment and I won’t hesitate to affirm that Abba Moro’s early achievement even when other local government Chairmen were still searching for their feet in the state was why Akume had come to commission some of the completed projects.  Some of the projects were clinics in Ejoga, Ede, Oklenyi, Ogene, Otobi, Jerico, Ojapo Ogodumu, Effiom and Ogege as well as tap water projects, bore holes, bridges and culverts that were constructed in different parts of the Local Government. The Odenigbo Bridge that links Enugu and Okpokwu is one of the awe of his achievement.
Today, the tourism potential of Okpokwu local Government Area has been boosted tremendously as a result of his effort. He has been able to erect a multi-purpose centre in Okpoga, the Council Headquarters. This structure, as well as other beautiful hotels such as Yamanga Hotel located in Ugbokolo is a tourism sight to behold in the local government. The continuous progression of the Local Government internally generated revenue was a definition of his astute leadership quality. Today, this revenue has moved from just N1’000’000.00 to N 4’000’000.00.
The flood that became a threat to the Ugbokolo community at a point has been brought to a near stop with the construction of drainages in almost every part of the state. His campaign against illiteracy in the state metamorphosed into the erection of new classroom blocks in both primary and secondary schools in the local government council. Like the Benue State University students, the polytechnic students have their own testimonies to make as the Comrade was able to solve the accommodation problem of the school through the initiative of new hostels for both male and female students of the school. No wonder, Abba Moro was crowned one of the best performing Chairmen by the World Bank.
His continuous growth in politics rests on his philosophy that service to humanity is what makes a man. One wonders where this noble and humble comrade got his culture of corrupt free leadership style from.
Previous Post