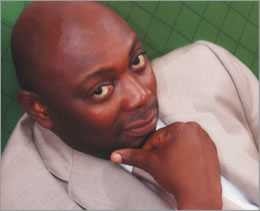 Determined to reposition Nollywood and promote its image, the Actors’ Guild of Nigeria (AGN) under the headship of Segun Arinze is set to take another step forward. Speaking at one-day national Executive meeting of the guild; Arinze disclosed that Nollywood would by first Quarter of 2010 set up the AGN Children’s Club across the states in order discovered Young talent and nurture them, nothing that there are shortage of young actors in country
Speaking further, the president also affirmed that the first Screen Actors Awards in honour of genius actors in the industry by 2nd Quarter of the year (2010).

“A full Fledged Academy to train and retrain actors in Nigeria would as well be enacted in the 6 geo political zones of the country, experts have been allotted to chauffeur the projects while in-house committees have also been set up to supervise the success of the projects.
While calling on all members to join him in moving the guild forward, Arinze urged colleagues to let go previous crisis in Nollywood and join the race in taking AGN to a greater height.