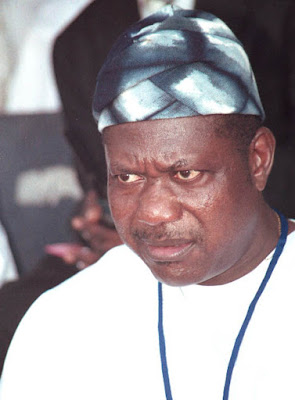 All Progressives Congress (APC) leaders are backing Ahmed Lawan,  Femi Gbajabiamila,  George Akume and five others as principal officers of the National Assembly, The Nation learnt last night.
The party has adopted the lists submitted to it by The Unity Forum (Senate) and The Loyalists (House of Representatives) to heal the wounds and reconcile all after the June 9 controversial elections.

This has put pressure on Senate President Bukola Saraki and House of Representatives Speaker Yakubu Dogara.
It was learnt that more than 12 members of the APC National Working Committee (NWC) supported the candidates recommended by The Unity Forum and The Loyalists.

A source said: “Most members of the NWC and leaders of the APC are fully in support of the lists from the Unity Forum and The Loyalists. We need to heal wounds and move forward.
“It will only be fair and just if the aggrieved legislators are allowed to choose among themselves the principal officers.”

The leaderships of the two groups generated lists which they sent to the APC National Chairman, who is expected to send them to the Senate President.
Asked if the lists are binding on Saraki and Dogara, the source said: “They have no discretion in the matter; they must abide by it if they are really loyal party members.

“It is the responsibility of the party to recommend these principal officers. In 2011, we were told that the President of the 7th Senate, Chief David Mark was not going to work with Akume as minority leader but the defunct Action Congress of Nigeria insisted on Akume.”

None of the officers of the party was willing to speak with the press last night.
For the first time after the crisis of confidence erupted among APC Senators Saraki and Lawan met at Oyegun’s residence to explore the possibility of reconciliation.
A top source, who spoke in confidence, said after Oyegun sued for reconciliation, Saraki and Lawan were asked to retire into a room for “frank talks.”

The source said: “We were all happy that Saraki and Lawan agreed to hold a tête-à-tête for the first time and we waited with bated breath for what they will agree upon.
“Two issues were at stake: whether the party should recommend nominees for principal offices in the Senate or zonal caucuses should nominate candidates.
“Neither of them spoke on the outcome of their talks. But we learnt they have gone back for consultations with their groups.”

A national officer said: “The party’s decision must be respected. The party cannot sacrifice loyal members for those who conspired with PDP.
“Look at the House, is it proper to do away with the wish of 174 APC members? Absolutely no.”
The Unity Forum has tabled six reasons why the election of the Deputy President of the Senate Ike Ekweremadu is dangerous for the APC-led Federal Government.

The June 21st letter reads: “It is with utmost humility and a deep sense of responsibility that we write to appraise you of the dire implications of the emergence of the PDP Senator, Ike Ekweremadu as Deputy President of the Senate at this critical time when our party should have been properly positioned in the Senate to enable the smooth take-off of this administration.

“While doing so, we reckon the great expectation the Nigerian people have had on us as agents of change and our party manifesto as a facilitator of this breakthrough.
“Although the tradition in the Nigerian Senate concedes much power to the Senate President, it is indeed the Deputy Senate President that directly interacts and controls the day to day activities of the Senate.

” Some of the functions of the office include:
•Regularly presiding over the plenary session of Senate especially during those times the Senate President may be away attending to other functions. This could afford him and his party the opportunity to frustrate the good intentions of our government.

•The Deputy Senate President is chairman of Constitution Review Committee, which conducts the exercise of carrying out fundamental changes in our Supreme Law. This position may give him and his party, the PDP the opportunity to frustrate necessary and vital constitutional amendments in the course of this administration.

•By legislative convention, the Deputy Senate President collects and supervises the final budget documents in the preparation of the Appropriation Bill. This is the most important piece of legislation in the realization of our party’s manifesto which must not be left in the hands of the opposition party.

•The Deputy Senate President is statutorily the chairman of the Governing Council of the National Institute of Leguslative Studies (NILS). This institution is charged with the responsibility of building capacity for our legislators and their supporting staff.

•The Deputy Senate President also represents the Nigerian Legislature at the ECOWAS Parliament as Speaker. It is certainly a misnomer for a government to be represented at the international level by someone outside our party.

•And many other functions that might be assigned him by the President of the Senate.
“With the above functions of the Deputy Senate President, we feel extremely concerned about implications of a PDP Senator occupying this exalted position at this time when Nigerians have voted for change.”