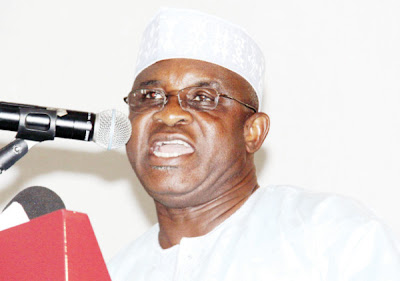 Senate President David Mark on Friday in Abuja condemned the bomb attack on a  Mosque near the Shehu of Borno, Alhaji Umar Kyari s palace in Maiduguri.

Mark described the incident which claimed no fewer than five lives as “callous”, adding that the attack on places of worship was not only ungodly but “a huge sacrilege’’.
According to Mark, the attack on the Mosque has shown that Boko Haram itself is not helping to propagate Islam contrary to the messages that it has churned out.
The Senate President urged Nigerians to continue to provide information that would suppress the activities of the Boko Haram sect to security agencies.
He also called on those responsible for these murderous acts to have a rethink and accept dialogue. (NAN)
Previous Post