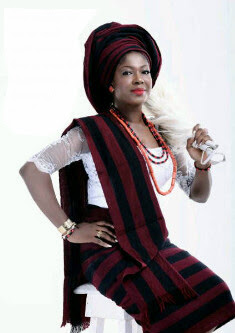 Susan Peters is a multiple award winning Nigerian Actress with over 50 credits in Nollywood (Nigerian) movies.
She is also a star on Nigerian TV, a successful model, interior designer and beauty salon owner.
She won 2011 Afro Hollywood Best Actress (English) Award for her role in Bursting Out,[3] NAFCA Awards (Nollywood and African Film Critics Awards) North Carolina Nigerian Oscars: Best Actress in Supporting Role 2011as well as the BON (Best Of Nollywood) Best Supporting Actress Award 2011 and the Actress of the Year 2010 and Most Stylish Actress 2012 Awards from City People Magazine.
In 2011, she made the December cover of the creatively acclaimed, arts and culture magazine, Zen.
Said Zen Magazine editor, Arinze Nwokolo, “Susan Peters is a remarkable and an incredible talent in the movie industry! Her dedication to her art is unmistakable…”
Susan Peters was born into a military family of Idoma extraction on May 30, in Ado Local Government Area, Benue State in central Nigeria. Her family moved around Nigeria extensively and as a consequence, she speaks several Nigerian languages. Susan was sent to Airforce Nursery and Primary Schools and FGG College in Wuse, Abuja and went on to study Computer Science at Asman English School, graduating in 1998. Later, she studied TV and Film at Video Waves And Camera Film School and graduated in 2002. There, according to her official biography, she finished Best Overall Female in her class. She started acting in Nollywood movies in 2002, the same year that she graduated.
The following year she began modeling, and appeared in billboards, TV commercials, Press ads and Handbills for companies such as: BAT (British America Tobacco), Fidelity Bank, Bank P.H.B, Golden Penny Pasta, U.H.F Long Life Milk, Haemeron Blood Tonic and Finbank.
Source: Wikipedia
Previous Post

2015: Group urges David Mark to take over from Jonathan

2015: Group urges David Mark to take over from Jonathan