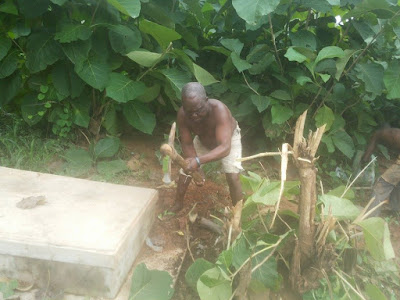 The skeleton of a man identified as Simeon Mbaana Acka who died in 1968 has been exhumed in Benue State.

IDOMA VOICE gathered that Acka  was earlier buried in Ampo cemetery, Gboko in 1968 but his family members today 29 July 2016 exhumed his remains to be reburied at his ancestral home, Mbamar Ugondo, Logo local government area of Benue state.

His family believe he was wrongly buried and thus needed to be taken to his country home and given a befitting burial. 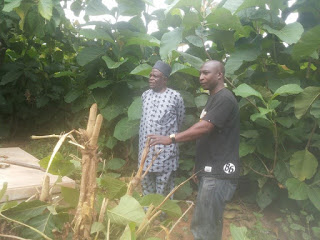 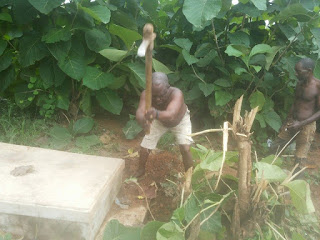 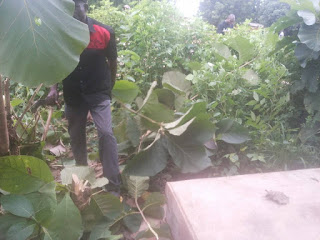