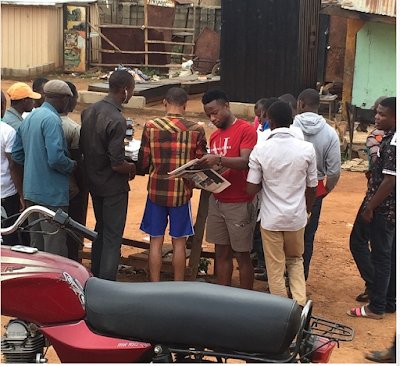 By Ben Idah, Otukpo
10. The Debt Management Office has named Benue as one of the most indebted states in Nigeria. According to statistics from the MDO in Abuja on Wednesday, Benue is currently owing $34.26.
9. The Agatu people of Benue State have dragged the Nigerian government to ECOWAS court, demanding N10bn as compensation for the damages caused by the Fulani herdsmen in their communities.
8. A man has been arrested in Otukpo area of Benue State for allegedly rapping an 8-year-old girl to coma in the area.
The accused simply identified as Dan is currently in custody of the vigilante group.
7. The deputy governor of Benue State, Engr Benson Abounu on Wednesday meet with the four suspects arrested in connection with the abduction and murder of Rev Fr John Adeyi.
The  Abuja Police Public Relations Officer, Don Awuna paraded the four-man killer squad who confessed to have killed the Catholic cleric.
6. Pandemonium ensued in Tyotyu in Tarka Local Government of Benue State after gunmen attacked the village, burning houses and stealing property.
According to the ruler of Tongov Ward, Mbakor, Chief Toryila Bo, the attack happened about 3.30am. They were  asleep when his subjects heard gun shots.
5. The Benue State Universal Basic Education Board, under the chairmanship of Dr. Philip Tachin, has been exposed for allegedly awarding contracts worth N7bn to its men without due process.
It was gathered that Tachin and top officials of the board, awarded the multi-million naira contracts to friends and colleagues without going through the normal due process.
According to the investigation, in the awards of the contracts, 70 per cent was paid upfront while 30 per cent was for kick-back after the projects had been inflated.

Benue named one of the most indebted states in Nigeria