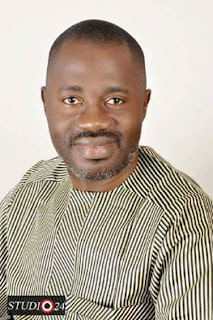 The leadership of the People’s Democratic Party in Benue has condemned the purported suspension slammed on member of the party, representing Logo state constituency at the state’s House of Assembly, Mr. Kester Kyenge .

Kyenge was on Thursday suspended for alleged misconduct on the floor of the House and for granting interviews to journalists with the intention of discrediting the principal officers and other members of the house over alleged misappropriation of N750 million cars loan to members.

The party said that Kyenge’s call that issues of allegations of corruption levied against the leadership of the House be looked into thoroughly by members sought to ensure integrity of the legislature in the state was  upheld.

A statement by the State Publicity Secretary of the main opposition party, Mr. Bemgba Iorytom,  said  that the action is condemnable in totality as a brazen act of impunity which is totally unacceptable to all Benue people who are desirous of good governance and rule of law in a  democratic settings.

Iorytom  disclosed that it is the party’s resolved to fight this impunity and illegality through all the lawful means available to them.

It called on PDP supporters to maintain calm and continue to keep faith in the rule of law.
”We have gathered on good authority that the process which led to the purported suspension of our member was not only flawed in procedure, but also has totally no basis in legality as derives from the Standing Rules of the House.

“It is a fact that known member of the ruling All Progressives Congress (APC) were given clearance by the ruling government and took up strategic positions in the public gallery from where they posed a menace to the opposition lawmakers at plenary which forced some of the lawmakers to abscond from the sitting while plenary was still going on”, he stated.

He said that the party will seek redress  in the interest of the continued growth of democracy and good governance in Benue State.

Benue South: I owe no one any apology for contesting against David Mark – Onjeh