Shuluwa, who made this call while interacting with newsmen, stressed that the people of Benue south senatorial district have the exclusive right to decide on who represents them and wondered why Tiv politicians now scramble to interfere with what is exclusively an affair of the Idoma people.

According to him, “PDP will win Benue South not minding that people are jittery about David Mark particularly, my people of Tiv extraction who have no vote in the zone. My advice to them (the Tiv politicians) is that they should not poke nose to the affairs of that zone, let them leave the zone to decide who represents them at the senate.”

The Tiv-born politician enjoined the Idoma people to “shine their eyes and not mortgage their future to a puppet who will be errand boy to another at the red chamber,” adding that the Senate is a place for the mature, strong-hearted, vibrant and experienced persons’.

His words, “To me, I believe Mark still possesses the wealth of experience and had given good representation of himself in the past 16 years which if given the opportunity will do more for the growth and development of his senatorial district.

“Unfortunately, those we have elected in Zone A and B have not provided good representation to their people rather they accused Mark of hindering their performance to their electorate, if I am elected as a senator for zone A, I will do the exact thing Mark has done for his people, that is why he was elected,” he said.

The PDP chieftain however called on the Idoma people not to allow external forces to interfere in their affairs, stressing that “this is the time to reciprocate the kind gestures of Mark to your zone”. 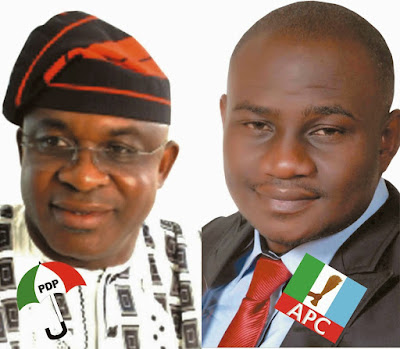 IDOMA VOICE POLL: David Mark or Dan Onjeh- Who should represent Benue South in the Senate?