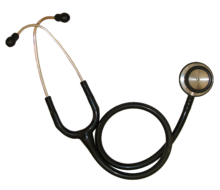 Wonders they shall never end. It sure sounds unbelievable, but a young woman has been delivered of a monkey-like monster in Otukpo, the ancestral home of Idoma nation.
The outré event took place recently at St Theresa Hospital, Otukpo in Benue State, when a woman said to be the wife of a hunter from Oju Local Government Area of the state gave birth to a creature that looks like a monster.
The strange delivery, we gathered came as a surprise to the already mother of nine the who had successfully delivered nine children in the past and was having her 10th child before the strange creature visited her.
According to an eyewitness, when the news broke out, residents of the town, especially those at the nearby Otukpo main market rushed to the hospital to see for themselves.
Describing the strange development as conginental malformation, Medical Director of the hospital, Dr Stanley Bwala said the malformation could have been forestalled if the woman was attending antenatal care regularly and advised pregnant women to always avail themselves to routine ante natal treatment.
However, it was gathered that as soon as the hunter heard about the delivery, he came and removed the monster from the hospital even as observers believed the abnormal birth was a usual occurrence to hunters who have killed several animals during hunting.
In a brief chat with elder Adah Okoh, a traditional ruler in the area, he noted that in the Idoma tradition, such child should not be allowed to stay with the mother for fear of reincarnation. Asked if the child should be buried alive or killed, elder Okoh said that should be left for the family to decide.
Previous Post