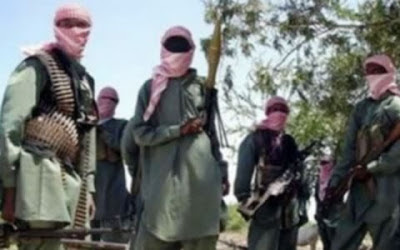 Palpable fear gripped residents of Gboko, a suburb of Benue State yesterday when the news of possible attack by members of Jama’atu Ahlis Sunnati Lidda’awati Wal Jihad, also known as Boko Haram, broke in the metropolis.
The development came few day after a kingpin of the dreaded group, Ali Jalingo, escaped arrest in the town of Gboko Local Government Area of the state when security operatives raided the area in search of him in the ancient city.
It was observed that Gboko residents were seen discussing in quiet tones, the antecedents of the dreaded Islamist sect especially their deadly attacks in the northern part of the country.
A resident who gave his name as Tokwase told VC that the community has been under big fear since Jalingo evaded arrest last week.
According to him, when he came into the town earlier nobody knew he was one of the members of the dreaded sect until he was declared wanted by the security operatives.
Jalingo who is said to have hailed from Niger Republic and was declared wanted in connection with various bombings in Borno and other parts of Northern Nigeria was alleged to have been in Gboko town for some time now. He had reportedly lodged at a new hotel in Gboko before renting the apartment in Gboko South Metropolis, the Tiv ancestral home.
An eyewitness said, “There were gunshots around Gboko South in the early hours of Sunday, precisely 3am. People thought it was thieves on rampage. But as the day broke, a source from that part of the town told our correspondent that soldiers were after a suspected Boko Haram agent, Ali Jalingo.”
“This evening, at about 6pm, bulldozers were sited at the vicinity doing their job. Five minutes later, the house was reduced to rubbles. Some residents were said to have deserted the area while sighting the presence of heavily armed security personnel”, he said.
Previous Post