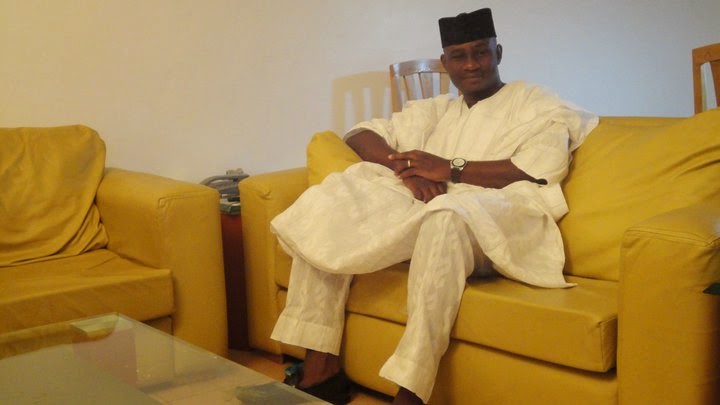 The statement from Dan Onjeh Friday reads :
Hurray! The National Working Committee of APC,
declared me as the sole Candidate qualified to contest the 2015, Benue South Senatorial Election!
I have since completed the relevant Forms and submitted to meet up with the yesterday, Dec, 18th, 2014, INEC’s deadline for the submission of National Assembly Candidates’ list by political parties.

With the greatest measure of humility, I give thanks to God for his divine grace thus far!

I congratulate my opponent Bar. Madaki Ameh for his dogged fight. He greatly strengthened the roots of internal democracy in our party. Like everyone of us, Madaki is very passionate about change in our land, as such we will work with him, to consolidate our support-base for the ultimate victory come Feb 14, 2015, by God’s Grace!
The die is cast! Senator Mark and I ; am counting on your ernest support to defeat the Idoma Goliath!
It’s in the interest of justice, equity, fairness and peace, that power rotates amongst brothers. More so, it’s high time we tried something new after 16 years of political routine and constant results!
I shall officially unveil my manifesto for the Benue South People in the next few days.
Thank you all!

Ten interesting places to visit in Otukpo this Christmas

Ten interesting places to visit in Otukpo this Christmas