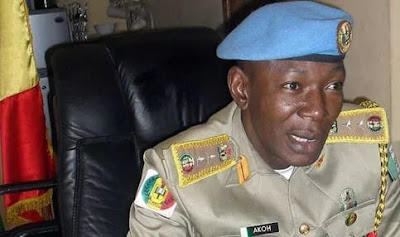 Barely any last minute change of mind, Nigerian youths, under umbrella of Nigerian National Youth Ambassadors has vowed to shutdown the nation if the national commandant of the Nigeria Peace Corps Ambassador Dickson Akoh is not freed.

IDOMA VOICE reports that Akoh was last night picked up by some men of the police shortly after dedicating the new office complex of the organization.
In a terse statement sent to our reporter on Wednesday, the National PRO of the group, Samson Olawale described the arrest of Akoh and over 45 members of the organization as uncalled for.
The group faulted the Nigeria Police, DSS for being anti-youth.
“We are giving the DSS and the police force 24 hours ultimatum to release the National Commandant of the Peace Corps of Nigeria, Amb. Dickson Akoh.
The development is uncalled for, anti-youth and a deliberate attempt to render many of our youths, who have been gainfully engaged by the reputable organization jobless.
“We demand Akoh’s immediate release and an apology from the security agencies or we will take over the streets in protest,” the statement added.

Why we arrested Dickson Akoh, other Peace Corps members – Police

Why we arrested Dickson Akoh, other Peace Corps members - Police