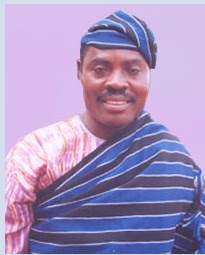 Until his appointment,  Onah was a professor of Stochastic Modelling and Numerical Computing Department of Mathematics/Statistics/Computer Science at the Federal University of Agriculture, Makurdi – Benue State in North Central Nigeria.
He was born on September 2nd, 1959 at Uje-Anchim in Oju Local Government Area, Benue State. He is an indigene of Benue in Nigeria and Igede by ethnic extraction.

In 1982 he obtained a B.Sc. (Hons) Mathematics at the University of Jos with Second Class Upper Division and in 1987, a M.Sc degree in Mathematics from the same University.

By sheer hard work and dedication he rose steadily through the ranks and was promoted Professor in October, 2006. In March, 2010 he was appointed the Deputy Vice-Chancellor (Academic), University of Agriculture, Makurdi. He is an erudite scholar who has written many publications.

These publications include theses, a book and numerous journal articles in national, international and electronic journals. He has attended and presented papers in numerous conferences both at home and abroad and is a member of the Nigeria Mathematical Society and the Mathematical Association of Nigeria.

He has a passion for impacting positively on the lives of others in the society. In recognition to his contribution to the development of the University and the larger society, Professor Onah has received many awards.

He was listed in the 15th Edition of Marquis’ “Who is Who” in the world, 2010. Professor Onah is happily married to Mrs. Maria Inyangbe Onah and they have three children three (3) children – Jennifer Iyeka, Valentine Elilehi and Kingston Onahi.

He is a great thinker. He loves reading, sight-seeing and picnicking. His other hobbies include in-door games, watching football, photography and music. Mimi Atedze