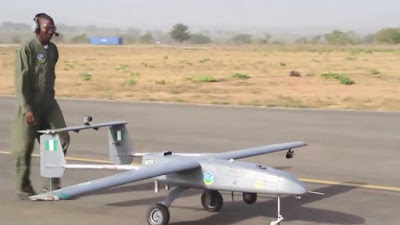 The Nigerian Army Institute of Technology and Environment Studies is to commence the 2016/2017 academic session with no fewer than 300 students in Biu, Borno, after relocation from Benue.
The Rector of the institute, Clement Ojo, made this known in an interview with journalists in Biu on Saturday.

Mr. Ojo, a Brigadier General, however, said it was only the School of Management that had fully relocated to Biu because of personnel and logistic challenges, adding that other departments would relocate later.

The rector noted that the movement of the institute to Biu was an indication that the challenge of insurgency in the North East was being overcome, adding that this would restore confidence in the people.

“The entire North East has been ravaged by insurgency; of course, this school is going to restore confidence back to the people.
“It will create admission and job opportunities for them and translate to economic development of the area,” Mr. Ojo said.

He explained that the institute which had been in operation under the Nigeria Army School of Military Engineer (NASME) in Makurdi, was relocated to Biu due to ongoing expansion of the institute.
Mr. Ojo said the institute which was established in 2001 and granted full autonomy in 2010, also offers courses in technology, engineering, general studies, and natural and computer studies.

He said the institute was designed to train both military and civilian middle level manpower for the development of the nation.

The rector said the school offers admission in the ratio of 30 percent to military and 70 percent to civilian populace.
He said the institute had recorded breakthrough in the area of drone and maps to support military operations.
For Advert: Call 08171607004, 09058228464 Follow us on Twitter @idomavoice, @idomanews Send us releases at idomavoice@gmail.com