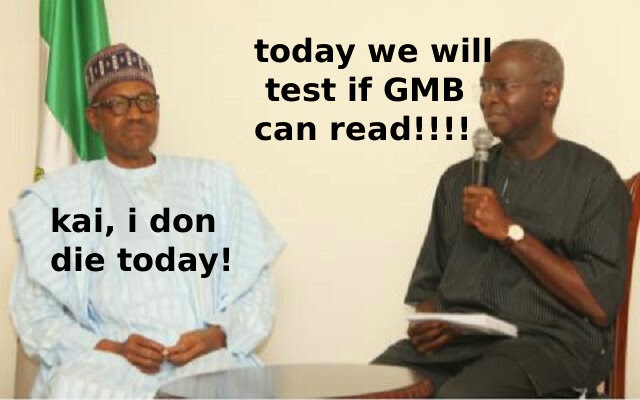 The presidential campaign council of the All Progressives Congress [APC] has just issued the statement below indicating it would not participate in the series of debates being organised by the Broadcast Organisation of Nigeria [BON].
Read full statement below:
“The All Progressives Congress (APC) will not be featuring in the ongoing electioneering public debates on national television and radio, being organised by the Broadcast Organisation of Nigeria (BON), because of the unhidden bias and campaign of calumny by some key organisers of the programme, against the corporate political interest of the party (APC) and its candidates.
“Garba Shehu, Director Media and Publicity of the APC Presidential Campaign Organisation (APCPCO) said in a press statement on Thursday in Abuja that the Nigeria Election Debate Group (NEDG) powered debate was fraught with fundamental errors from the outset, by wearing the toga of government control, especially being composed mainly of agencies and allies of the incumbent Peoples Democratic Party’s (PDP) administration.
“A salutary inspection of the composition of NEGD brings into focus the Broadcasting Organisation of Nigeria (BON), National Television Authority (NTA), Federal Radio Corporation of Nigeria (FRCN) and the Africa Independent Television (AIT, owned by a PDP chieftain). And going by the avalanche of inflammatory statements, misinformation and blatant lies being propagated by some of these media against our Party and candidates, contrary to the Koffi Annan brokered Abuja Peace Accord, and the failure of these aggressors to desist and apologise, have left the APC Campaign with no option than to steer clear of any premeditated smear campaign that could be inimical to our prospective electoral success,” Mr. Shehu said.
The APCPCO spokesman further explained that the boycott by the APC should not be seen as disrespect to Nigerian voters, or an alibi for the party to dodge public scrutiny; but it must be viewed as an honourable right not to consent to any activity that could distract, demean, denigrate or derail the fast-moving train of the party.
“The APC is a party of progressive intellectuals, genuine technocrats, successful businessmen and women, and most of all eminent and courteous people of honour who would never condescend to the level of sadistic gutter propaganda, all in the name of political exigency and crass opportunism,” Mr. Shehu said.
He noted that that many Government-controlled media have clipped the wings of APC promotional advertisements on one excuse on the other adding that, until a court upturned their decision recently, the Nigerian Communications Commission (NCC) shut down some telecom portals for soliciting legitimate campaign funds from members of the public for APC.
“Aside, elements close to sitting President Goodluck Jonathan have commissioned series of derogatory and death threat advertorials against the person, family and associates of the opposition leader, General Muhammadu Buhari, to which the APC had sent letters of complaint to the Inspector General of Police, the Director General of State Security, Advertisers Practitioners of Nigeria (APCON), Independent National Electoral Commission (INEC) and the erring media that published or aired such offensive adverts or documentaries.
“None of our letters of protest has been attended to by the authorities. So whatever the incumbent President wants to do with the instrument of state to harass members of the opposition into humiliating submission would not work. The APC/Buhari campaign is now a people’s movement. The more they try to rubbish it, the more popular we are with the populace.
“We are not shadow-chasers or moonwalkers. The APC is concerned mainly with the lack of unity and security in Nigeria; plus the growing decimation of lives, property and territory of our great country due to preventable insurgency; the slumbering economy; decaying educational system; absence of jobs; poor public health; and the cancerous institutionalisation of corruption in our national life. You can’t fool the people all the time. Nigerians will vote out their oppressors come February 14.”
Previous Post

Jonathan’s new name is ‘I will do’- Ameachi mocks Mr. President