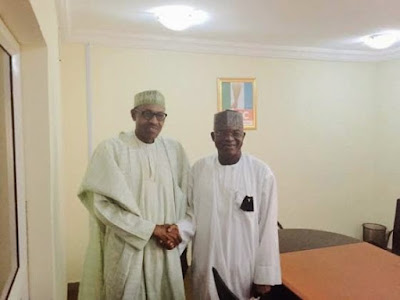 Senate President, David Mark, has urged Nigerians to persevere more for the continued sustenance of democratic government in the country.
He said “all hands must be on deck where everyone plays his or her role to ensure that our democracy endures”.
Disclosing this yesterday in a goodwill message to Nigerians marking this year’s democracy day, Mark said “All Nigerians deserves commendation. We have done well so far. We must strive more to make democracy a way of life.

“As an active participant in our democratic journey since 1999, I can say without any fear of contradiction that our democracy has endured.
“The successes recorded so far especially with the last general elections clearly shows the unwavering commitment of Nigerians to its fruition”.
He noted the challenges of the democratic experiment and expressed optimism that all the initial hiccups would be confined to history soon.

Senator Mark pointed out that the occasional disagreements between the Executive arm of government and the Legislature warranting the Judiciary’s interventions have been part of the learning curves for effective checks and balances between and among the three arms of governments.
Senator Mark, in the message issued in Abuja by his Chief Press Secretary, Paul Mumeh, expressed believe that despite its imperfections, democracy remained the best form of government that is not just representative but participatory.

He, therefore, enjoined Nigerians and the international community to support the new administration of Muhammadu Buhari, just as he implored them to build on the foundations of previous governments and make progress.

He reminded them to do the needful for citizens anchoring their actions on adherence to rule of law, respect for human rights, freedom of expression, equity and justice.
The president of the Senate said he anticipates an egalitarian society under the new government where all citizens would be safe and protected to live and carry out his or her legitimate duty without fear of molestation or harassment in any part of Nigeria.

He promised that the National Assembly will continue to cooperate and indeed lay solid legislative frame work for the Executive arm of government to deliver dividends of democracy to the citizenry without compromising the independence of the parliament.

Ortomatic Benue! All the pictures from Ortom’s inauguration

Ortomatic Benue! All the pictures from Ortom's inauguration