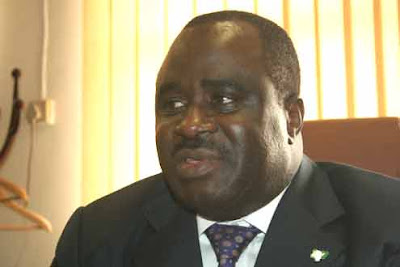 Director-General of the National Agency for Foods Drugs Administration and Control (NAFDAC), Dr Paul Orhii, has advocated private partnership in the funding and the development of education in the country.
The NAFDAC boss, who was a guest of honour at St. Francis College, Otukpo, in Benue State, at this year speech and prize-giving ceremony on Saturday, explained that funding was the greatest challenge of education in the country, hence, the need for spirited individuals and private organisations to supplement government’s efforts at improving the standard of education in the country.
He expressed disgust with the falling standard of education and said, ‘funds have been the greatest challenge of education in the country. We all know that education is capital intensive and government at all levels, individuals and private organisations should show more commitment to the development of education.”
Orhii said that one of the areas to tackle the challenges was for all those who had excelled in their career to give back to their alma malter and “such individuals can be invited to share their experience to the students as an encouragement which will further spur the students for a better future.”
The Tiv-born administrator also used the opportunity to advise youths against the abuse of fake drugs, as he frowned at the rate some youths on the country now indulge in the illicit use of anti-biotics to get ‘high’.
Previous Post