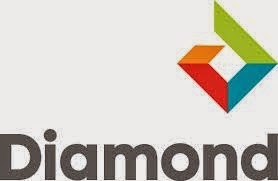 A Federal High Court in Lagos, last week Thursday, ordered the prison remand of a female member of staff of Diamond Bank Plc, Eniola Morondiya, who allegedly aided some fraudsters to process N241m said to be proceeds of a criminal act.
Morondiya, a teller on contract employment with Diamond Bank, was remanded along with the four alleged fraudsters, Suleiman Mohammed, Ibrahim Danazumi, Roland Aroko and Francis Akpabio, all males.
The remand of the five accused persons followed their arraignment on four counts of conspiracy and money laundering before Justice Okon Abang.
The prosecution, in the charge marked FHC/L/170c/15, alleged that the plot to move the N241m proceeds of criminal act, using Morondiya, was hatched during a meeting of the accused persons with some persons still at large on February 1, 2015.
Members of the fraud syndicate were said to have met at Protea Hotel in Maryland, Lagos where they conspired among themselves to, with the assistance of Morondiya, move the N241m into various bank accounts in order to conceal the illicit origin of the huge sum.
Morondiya, who worked at the Jibowu, Yaba branch of Diamond Bank, was alleged to have been paid N3m by one Solomon Ikeije, being her promised share of the N241m made from an alleged illegal deal.
She allegedly received the money on February 3, 2015 and retained same in her own bank account after helping the fraud syndicate to post the N241m on February 2, 2015.
The prosecutor, E.K. Ugwu, further alleged that the fifth defendant, Akpabio, received and concealed N27m of the N241m in the Diamond Bank account of his company, Edokori Oil Ventures.
Akpabio was accused of transferring N7m out of the N27m he received into a certain account number with Ecobank and thereafter transferred another N2.1m into a separate account before withdrawing N3m for himself at the Burma Road, Apapa, Lagos branch of Diamond Bank on February 2, 2015.
According to the prosecution, as of the time of investigation, N15m was discovered in Akpabio’s Diamond Bank account.
ADVERTISEMENT
The five accused persons were charged for allegedly violating Section 15(2) (3), 17 and 18(a) of the Money Laundering (prohibition) Act, 2012.
They however pleaded not guilty to the charges, following which the prosecutor moved the court to remand them in prison custody.