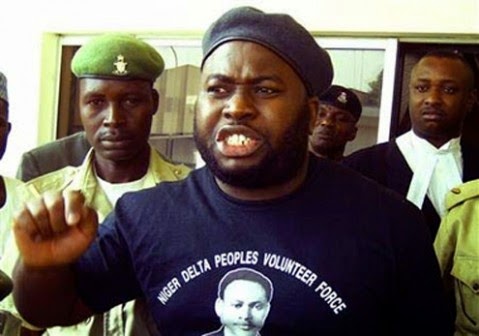 The Arewa Consultative Forum and the Yoruba Unity Forum have lambasted a former Niger Delta militant, Mujahid Asari-Dokubo, over his threat to return to the creeks with his people following the victory of Gen. Buhari over President Goodluck Jonathan in the just conducted election.
Asari-Dokubo was quoted as saying that he and other militants might be forced to return to the creeks because the President’s defeat was owing to a gang up against the South-South and South-East by the North and South-West geo-political zones.
He had said, “The conditions that advanced the need to embrace the creeks have been sadly re-energised. It is clear that a vicious government which may maim and murder the voice of the so-called minorities may have just been birthed.
“The days coming will be critical. We shall study all the conditions and consult widely before determining the way forward for our collective existence and survival as a people. The days coming shall either drive the quest of integration or further separate us.”
In separate interviews with our correspondent on Thursday, the ACF and the Yoruba Unity Forum described Asari-Dokubo’s statement as unfortunate, calling on the former militant to retract his statement and immediately apologise to Nigerians.
The Secretary-General, Yoruba Unity Forum, Senator Anthony Adefuye, said, “It is an unfortunate statement, and I am sure he is suffering from the loss of his party. Very soon, he will recover and apologise to the nation for saying so. He is on his own because even the Ijaw National Congress and other groups have already congratulated the President-elect, Gen. Muhammadu Buhari.
“Asari-Dokubo cannot be different. I just advise him to reconsider his statement and apologise to Nigerians.”
On his part, the ACF chieftain, Alhaji Ibrahim Coomassie, flayed Asari-Dokubo over the threat, reminding him that President Goodluck Jonathan had already said that he was not speaking on his behalf.
He said, “Those threatening violence are on their own and I am sure that law enforcement agents will be ready to arrest and prosecute them. If they do anything stupid, the laws are there to take care of them.
“But let me advice them, this is a new Nigeria and people are hoping for the best. All hands must be on deck to help the government to succeed. Let them think twice before they do anything foolish.”
Previous Post