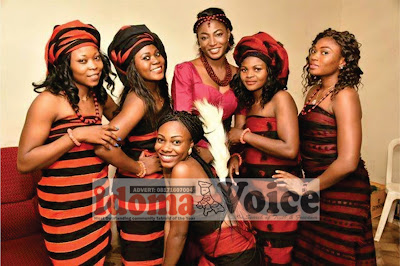 The Idoma culture is perhaps one of the most fascinating cultures in Nigeria. Exceptionally proud of their native heritage, the Idoma people have preserved many of their ancestors’ traditions, a number of them present in their mixture of elaborate traditional tales, artistic expressions, music and varied culture elements.
Like any other society, Idoma people reveal their customs, traditions, beliefs, norms and lifestyle through the distinctive behavioral traits.
Here are interesting notably peculiar facts that have now marked out the Idoma among other ethnic groups in the country. 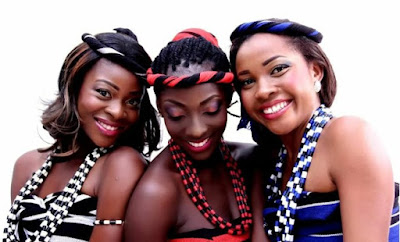 The Idoma people are not only found in Benue state
The popular idea is that the Idoma are an ethno-linguistic group primarily found in the western areas of Benue State, Nigeria. This is because they are the second largest group in the state and occupy 9 local government areas (L.G.A.’s) which include: Ado, Agatu, Apa, Obi,Ohimini, Ogbadibo, Oju, Okpokwu & Otukpo .
Aside from the western parts of Benue, this tribe have sparse settlements in other parts of the country, including Nassarawa and Cross Rivers States. 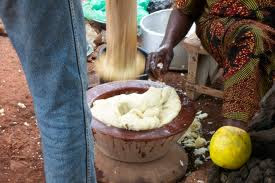 Unlike other cultures where the woman is expected to perform all culinary chores, the Idoma men are not always exempted.
The traditional head of Otukpo, Och’Otukpo John Eimonye, stated in an interview with Daily Trust Newspaper that the job of pounding yam is one of the expectations of the Idoma men and serves as a masculine chore when considered from hygienic, social and cultural viewpoints. This interesting detail thrills not just outsiders who learn of it but the indigenes who practice it as well. 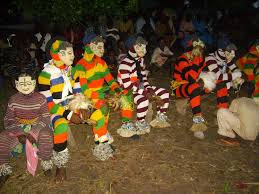 The people strongly believe in the ‘Alekwu spirit’
With the advent of Christianity and other foreign religions, the traditional belief systems of most ethnic groups in the country has been influenced by western practices.
However, a majority of the Idoma people still believe strongly in the Alekwu , which is seen as a link between the living and the dead. They host an annual ‘Aje Alekwu’ festival where traditional religious practitioners commune and make sacrifices in worship of their ancestors across the land.
The Idomas have strong attachment to the worship of Alekwu-spirit of the ancestors which is believed to stand as an invisible watchdog of the family and communities while checkmating vices like adultery, theft and murder.
The groom and the rooster
While the marriage rites and customs of the Idoma people is not unlike that of the Ibos and some other south-eastern cultures, there are specific aspects that clearly distinguish their tradition.
One of those specific aspects is the fact that the groom and his family have to present the bride with a rooster and some money on the marriage day after the dowry has already been paid. If she  accepts, it is a sign of approval and disinterest if she reject the gift. While there are no certain reasons to justify the need for a rooster, it remains an interesting part of the ceremony.
Language Diversity
Classified as a minority ethnic group and often mistaken to be part of the Igbo tribe, the Idoma people are known for one language – Idoma, which is classified in the Akweya subgroup of the Idomoid languages of the Volta–Niger family.
With a population estimated to be about 3.5 million, varied dialects have over time emerged from the umbrella of this mother-tongue and they include ‘Western Idoma’ chiefly spoken by the Okpokwu and Ogbadibo local government areas; ‘Central Idoma’ spoken by Otukpo and Ohimini people; ‘Southern Idoma’ largely spoken by Ado communities and ‘Northern Idoma’ spoken by the Agatu & Apa regions.
The Okoho Soup
The Idoma people are known for their love of food, as there is an annual food festival in Benue State to celebrate women and the various traditional cuisines.
Most popular among their delicacies is the Okoho soup which is made with the peculiar Okoho plant, bush meat and many other ingredients.

The Idoma people of Nigeria are no doubt to be the most creative people in the world. They have produced notable in the creative industry.
Religion
Inasmuch as some people still believe in the Alekwu spirit, the Idoma people are very religious and have also produced many popular gospel ministers in the country. 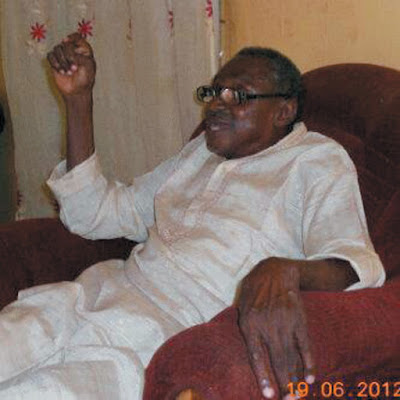 Education
It is a known fact that the Idoma people are very. The produced the first medical doctor in old Benue Plateau as well as one of the first  graduates from northern Nigeria.
SOURCE