Ejection of Sammoses’ widow from house: Full statement by the Enenche family

Ejection of Sammoses’ widow from house: Full statement by the Enenche family 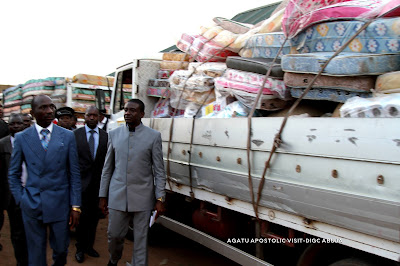 Information of news on social media, blogs and other platforms reached us accusing the Family of the late Rev. Sammoses Odiba Enenche who has just been laid to rest barely seven days ago of  ejecting his widowed wife from a rented apartment in a certain area in Abuja which she lived with her late husband before his sudden demise. 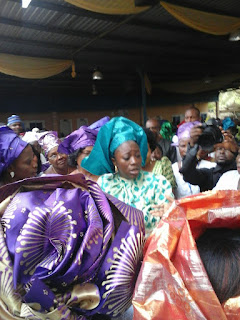 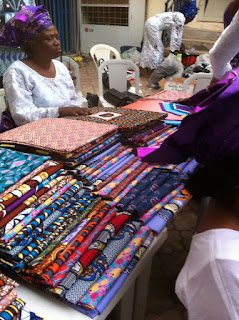 The family of our late brother Rev. Sammoses Odiba Enenche who we are still grieving and mourning   received this news with great shock and initially decided to pay deaf ears to it as we believe that mourning time is a period for reflection on our own lives while we are still on earth.

After much consideration, we deem it necessary to clear the air and share the untold side of the story haven received messages from concerned friends of our family who know us and what we stand for.

ALSO READ: From theatre to the altar: The untold story of Dr. Paul Enenche

Rev. Sammoses Odiba Enenche, a promising and fast rising man of God suddenly met his death without illness. Glory to God for a family who without doubt and suspicion received the sad news of their brothers demise from his wife at mid night and decided to make all arrangements to lay his body to rest in peace without medical procedures of autopsy as required in our present times.

Thus, it may sadden you to know that the late Rev. parted suddenly with a lot that needed to be addressed and executed both in his ministry and his private dealings before his sudden departure whose cause was never known, as the family outrightly refused the need to run any form of medical examinations but chose to accept the fate.

In the bid to assist carry on the legacy of our late brother Rev. Sammoses Odiba Enenche, it was first pertinent to coordinate the affairs of his ministry Jesus Glory Chapel International in conjunction with his widow for which a lot needed to be put in place.

The Siblings of the Late pastor came together with his widowed wife as expected to discuss the need to move on and to assist her move on in any capacity required.

It is however sad that despite the immense love and contributions made by the members of the family to support our Late Brothers widow and to help offset outstanding bills in the ministry which she would not have been able to meet up with, the family was shocked with the stage -managed reaction from a rented apartment, the rentage of which had expired s ince July.

The mischievous unwarranted accusation and defamation of the Character and personalities of the entire family is suspected to have been prompted by the reaching out of the family to help ORDER the affairs of her husband’s ministry and concerns, to which she seems to be allergic. She is also showing signs of resistance to sound counsel, order, and wisdom.
So much love has been shown to her, shielding her from every negative tradition and culture against Widows after burials.
Therefore, for the purpose of clarity  we wish to state categorically and in emphatically the following:

1. The Family of our late brother Rev. Sammoses Odiba Enenche are by the special grace of God well blessed and fortunate and have no need to desire any  form of possession or acquisition of our late brother to whose life and ministry we have immensely contributed both in cash and kind over the years and up till this moment, being the last born his mother.

2. The Family of our late brother who suddenly passed on without illness are all known for philanthropic activities with track record of assisting widows and orphans in thousands. 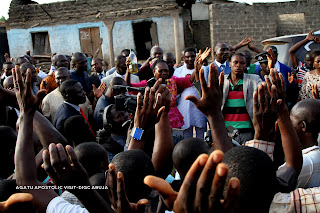 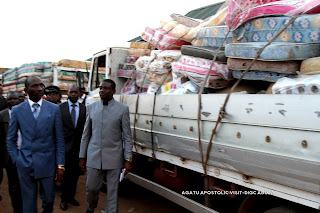 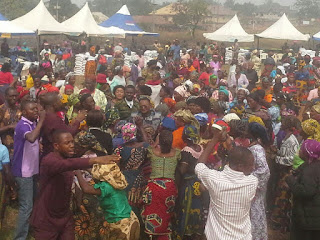 You may recall that massive supply and relief was sent by the family to Agatu in Benue State to assist widows and orphans who were displaced and with their husbands killed by recent attackS. As  a principle the family stands against the oppression of Widow’s and the less privileged.

3. The family was willing and ready with the full knowledge of the widow to make payment for the renewal of the rent of the 5 bedroom apartment in Abuja where our late Brother before his demise lived with his wife as the rent had expired a couple of months before his demise , all geared towards ensuring the comfort of his widowed wife.

4. We agreed with our late brothers wife that the Ministry of our Late Brother will have to continue as a legacy and therefore should move on.
It was in the light of this that arrangements were being made to offset all the bills running into Millions of Naira owed by the ministry due to his sudden demise. It may interest you to note that actions had already  been  taken as salaries owed some workers were already paid on Monday by the family before this mischievous outrage of Tuesday.
The Tuesdaymeeting was intended to continue the next stages of
actions from the families own personal accounts just to shield her.

5. We wish to inform the general public that the news making rounds on social media, blogs and news platforms accusing the family of Rev Sammoses Odiba Enenche of ejecting his widow out of a rented house, whose rent expired 2 months ago.
And asking her to go back to the village with a pay of N50,000 for allowance for 6 months, and all sorts of accusations are false, mischievous , unrealistic and a conspired and constructed attempt to dent the image of the family. Family matters are not meant for the media but to be settled privately within the family.

6. We wish to inform the general public that the entire Family are still till this moment willing to show our relentless love and total support towards the widow and ministry of our Late Brother Rev.Sammoses Odiba Enenche and we await her return to the house she voluntarily vacated without our prior notice and amidst all pleas to restrain her from her unilateral decisions and actions.

7. We wish to state at this point that she is free to do everything she wishes with her late husband’s affairs and ministry. We have no intention to interfere in the affairs and ministry of our late brother Rev Sammoses Enenche since our attempt to assist has been misconstrued and violently resisted.
Every attempt to reach her since her decision to move out of the house has been futile as her phones and contacts have not been accessible. We however are available and open for discussions and conclusions on any pending issues as soon as she is willing to respond to our gestures.

God bless us and may we please understand that life is a seed; what we sow in time, we reap in eternity. Let’s hear people out before rushing to conclude on issues. Let’s be careful of making comments on issues we don’t understand.
It is well!

Jesus is Lord!
This is the statement and pictures forwarded to IDOMAVOICE.COM by the family.