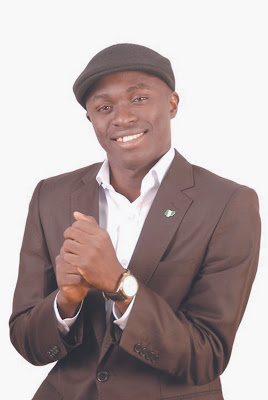 The evening event, which is already serenading Lagos and its environs, holds at upscale Niteshift Coliseum, the nation’s most revered club and events venue, tucked in the heart of Opebi, Ikeja.
Tagged: Express Nite 1, the anniversary bash will be specially anchored by dramatic comedian, Ayo Makun, famously known as AY. He will be supported by other wave making comedians like, Elenu, D’Lectura, D-Don, Mc Abbey, Igos, Danni B, Elder O and several others.
Leading musicians such as: Ras Kimono, Mr. Raw Nwanne, Solid Star and Yemi Sax will be performing as well.
Other rave acts expected to wow at the soiree are: Nigerian born Malaysian-based dancehall crooner, JKL, who personally flew in for the event, Yung6six, Kode, Ruff Coin, Davina, Ego Omalicha (Safarie), Excellent, Dtone Martins, Enenche De Comedian, from Abuja and several-up-and-coming entertainers. They will sensationally thrill guests at the anticipated grand gathering.
Also gracing the epoch event are leading stars and stakeholders from Nollywood as well as captains of industry.
Expected also are dignitaries and celebrities from different fields of human endeavours, including our international guests.
“Fans, readers and friends of Entertainment Express will be given special considerations in order to equally attend the strictly by invitation historic groove”, added Mr. Azuh Amatus, the editor of Entertainment Express/Sunday Express newspapers.
Interestingly, several partners and sponsors have thrown their weights behind the anniversary shindig, with many others still coming up with fruitful discussions.
Achievas Entertainment, promoters of reigning hip hop act, Solidstar and other entertainers, are solidly behind the bash, which continues with an After Party, inside the posh Arena of The Coliseum.
Wave making disc jockey, DJ Spin’All and his tight crew will be in charge of non stop music at the anniversary ball, which promises to be grandeur and groovy.
Also supporting the event is, Viju Industries Nigeria Limited, makers of the famous Viju milk brands. Meanwhile, several stars, especially musicians are already lobbying and jostling to perform at the party.
As the event approaches, we would continue to unveil more names of the specially selected acts and few emerging talents that will be allowed to mount the Niteshift Coliseum’s world class stage to thrill our VIP guests and revelers.
For sponsorships: 08099400130, 08062775076, 07032811119, 08033455688.