Enenche Enenche: The speech Mr. President would not deliver on Nigeria’s Centenary Anniversary

Enenche Enenche: The speech Mr. President would not deliver on Nigeria’s Centenary Anniversary 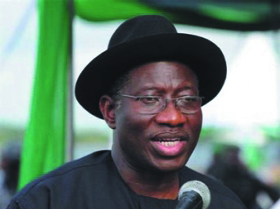 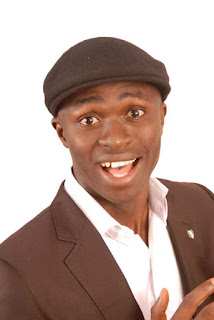 Good day Nigerians! Today, I bring you greetings from our ancestors. Numerous centuries ago, our ancestors who lived around the river niger, pledged allegiance to empires and kingdoms, few examples of such were; the songhai empire lead by sayfawa dynasty of Kanem-Borno in the north, Igbo kingdom Onitsha in south east, Akwa Akpa city state in Calabar, Benin kingdom, Oyo empire in south west and several others.
These Kingdoms and Empires began to fall to British forces by early 20thcentury after the abolition of slave trade. Not even those who fought the usman dan fodio jihad in the north could stop the british stronger power in 1903 from capturing most northern states. By 1905, southern parts of river niger was captured.
A governor general; Sir Lord Lugard, introduced in 1912, indirect rule in Northern parts of the river niger… The wars and battles our fore bearer fought for self rule, gave way for western kind of rule… This marked the beginning of a jorney.
A jorney that later inspired 1st January, 1914 when a binding document came into force, a new entity was formed, a nation was birthed, a dream came alive and the destiny of a people was reshaped by a common aspiration rooted in hope.
From empires, kingdoms, and clans, came a nation that was bonded by faith, inspired by hope and moved on with courage.
From the oil wells at Olobiri to the desert sands of Daura, from the coasts of Lagos to a lake at Borno, from the water falls in Calabar to the caliphate road in Sokoto… From our villages to our hamlets and cities, I say congratulations Nigeria!
Congratulations Nigerians, your country is 100 years old.
Congratulations Nigerians, after 100 years, 1,200 months, 5,217 weeks, 36,525 days, we have proven that though tribes and tongues may differ, but in brotherhood we stand.
Congratulations Nigerians, after 876,600 Hours, 52,596,000 minutes and 3,155 760,000 seconds still counting, we have stood and worked together as one people and have proven that even in moments of joy and grief, we have always hold on and walked hard for the name; NIGERIA not to perish from world’s map.
Our jorney as a people made a headway, when a constitution that gave Nigerians franchise freedom came into force in 1922 and father of Nigerians’ nationalism; Albert Macaulay founded on 24th June, 1923 Nigeria’s first democratic party; (NNDP) Nigerian National Democratic Party, a party that went for elections in 1923, 1928, 1933 and 1938. The quest for self rule was gaining momentum.
By late 1930s to mid 1940s, we followed our colonial masters to wage a war in Burma, we came back home victorious and began deploying tactics and skills acquired in Burma to nail the coffin of colonialism on our shores.
Our quests for self rule gained momentum when students Union, workers, men, women and children added their voices to end colonialism.
We are grateful to our founding fathers; the Awolowos, Azikiwes, Bellos among other front line nationalists who campaigned with their hearts and fought with their blood to organized a conference with both Northern and Southern delegates in Ibadan in 1950 on ways of ending colonialism.
Our jorney for self rule gained a boost when a conference on Nigeria’s federal formula was held in 1953 in London. A constitutional conference was also held in 1957, and in 1959 Nigeria’s first independent national elections was held… It was obvious at this point that independence was inevitable.
On Saturday, October 1st 1960 came the day our founding fathers and generation had wished for decades to see. A pathway that lead to Independence square in lagos was filled with Nigerians rejoicing at the death of Colonialism and birth of Nationalism.
A union jack came down, a green white banner went up, a generation sang an anthem; Nigeria we hail thee!

In our quest to consolidate on our newly gained freedom, a binding document came into force in 1963 and a republic was birthed.
We have had our moments of strengths and despair. We have seen joy and we have seen grief… Even when our jorney makes no sense, what makes sense is our believe that tongues and tribes may differ but in brotherhood we stand.
15thJanuary, 1966 we woke up to a Nigeria totally different from the Nigeria envisaged by men and women whose blood wet pathways that lead to independence square on 1st of October, 1960.
We woke up to a Nigeria enveloped with by the wind of uncertainty… Brothers fighting brothers, a premier killed on a street of Kaduna, a prime minister, finance minister and others killed in lagos, riots broke out in the North, a counter coup in July of same year, saw a supreme military leader reduced to lifeless being on the streets of Ibadan, his host, the landlord of government house ibadan also breathed his last breath.
A colonel’s voice of secession echoed from St Brigid’s Catholic Church Ahiara- Mbaise on the 1st of June in 1967.
A bitter war that lasted for 30 months broke out. Brothers rising against brothers, men killed, women and children abused and killed… The agony of war.
A federal troop recorded heavy casualty at Abagana, a Federal Govt stopped the supply of food, water and medicine to a people… The agony of war!
A warlord went on exile in Ivory Coast, Philip handed a note to federal govt, a war ended; No victor, No Vanquish!
A wind of rehabilitation and reconciliation blew over a newly reconstructed bridge that once fell across the Niger, a generation heard the voice of a leader, who stood on a plateau to tell a Nation; Go on with one Nigeria!

We have seen coups, we have elections rigged, cancelled and seen elections free and fair.
We have seen families mourning their loved ones and we have seen families celebrating their loved ones.
We have seen cruelty from some Nigerians, but we have also seen creativity from many also.
That our jorney has been with great challenges, is no news.
As we celebrate this milestone achievements today, let’s ask ourselves where tribalism, religious fanaticism, terrorism and corruption has taken us to as a people.
I know where they took us to, they took us to Odi, Zaki Biam, Modakeke/Ife, Takum, Wukari, Maiduguri, Damaturu… They took us to Dogo Nahawa, Jos, Kaduna, Kano…
TO BE CONTINUED
Previous Post