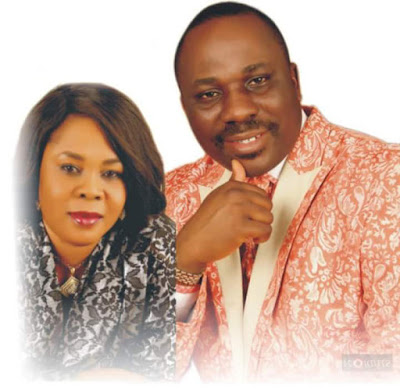 We did not throw her out, she ran away – Rev Enenche’s family (READ REACTION)

Pastor Mrs. Grace Anne Eneneche, widow of late Rev Sammoses Enenche has opened up on why she was asked to pack out of her late husband’s house in Abuja.

The widow, who is currently homeless and housed by a church member in Maitama area of Abuja told IDOMA VOICE on Tuesday that the late husband’s family members asked her to leave, claiming that since the husband is no more, they have nothing to do with her.
The emotion-laden woman said that the family members pointedly told her that she’s free to remarry.

ALSO READ: Dr. Paul Enenche almost in tears as he watched his younger brother, Sammoses being laid to rest today in Orokam (PHOTOS)

“They said I am free to remarry since their brother (my husband, Sammoses) is no more. But if I choose to remain unmarried; they will make provision for my welfare, but before then, I will have to go to my mother’s house in Otukpo, Benue State and stay there for six months after which I will return and work under somebody in my late husband’s ministry, Jesus Glory Chapel here in Abuja. According to them, for the six months that I will spend in the village; they will give me N50k only to sustain me throughout,” she told IDOMA VOICE amid tears and sobs.
Asked what was her next plan, the confused widow said, “I can’t talk much now my brother. But as we speak I only left the house with just my bag and my late husband’s portrait.”

We will keep you posted as events unfold.