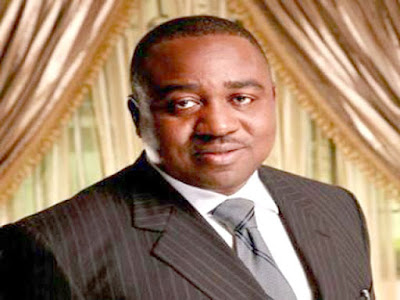 A Nigerian minister, Segun Aganga, PDP chieftain, Tony Anenih and the Governor of Benue state, Gabriel Suswam today departed Nigeria on a British Airways flight out of the Abuja’s Nnamdi Azikiwe International Airport apparently to avoid getting caught. The three were last seen boarding the BA flight scheduled for an 8:00am departure to London. Sahara Reporters Media
SaharaReporters learnt that more party officials and President Goodluck Jonathan’s aides, ministers and several appointees have either fled or planning to flee the country afraid that incoming President Muhammad Buhari will probe the administration of Mr. Jonathan and jail those found guilty of corruption.

Last week, the Minister of Petroleum Resources, Diezani Alison-madueke traveled on the same flight with Buhari to London, while on the six hour trip she made several attempt to start a conversation with Mr. Buhari, but the 72-old winner of Nigeria’s presidential election known for his no-nonsense stance on corruption rebuffed all her entreaties. It is not known if she ever returned to Nigeria.

The wife of the Mr. Suswam, Yemisi, reportedly left yesterday to Houston in the US to avoid getting caught up in the sweep.
Suswam had confirmed yesterday that he won’t be available for the inauguration of the incoming Benue State Governor, Dr Samuel Ortom delegating his deputy, Chief Steven Lawani to carry out the function on his behalf.