FOCUS: Alekwu Afia: The gods are not to blame

FOCUS: Alekwu Afia: The gods are not to blame 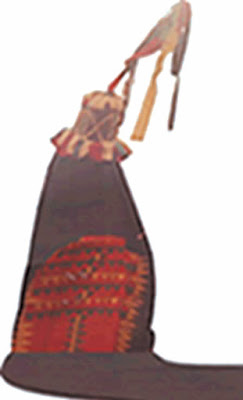 Idoma religion focuses on honoring lineage ancestors.”Thus, in Idoma land, the Alekwuafia festival celebrates the yam in what is referred to as eja-alekwu. Through the Alekwuafia, the Idoma worshipped ancestral spirits. At Alekwu communion, names of ancestors and the living dead are invoked so that through them the predator’s supplication may be conveyed to the omnipotent God (Owoicho).

The Alekwuafia is seen as a link between the living and the dead. Religiously, the Alekwuafia marks the height of communion and communication between the realms of the living. It ushers in blessings for adherents through their chants, songs and messages, thereby encouraging morality. As a code of conduct, it is a symbol of peace, order and tranquility in the society. The ancestral spirits in form of the Alekwuafia is viewed as invisible watch dog of the family and communities. It is believed that if the living failed to observe the cultural norms and values of the Idoma, the ancestors will visit them with pestilence or, even death. It acts as strong instrument for social control against vices like adultery, theft and murder.
A parallel cult that checks vices in Idoma land is the ‘Onyonkpo’. Morality among the Idoma are never compromised, hence the Alekwu cults exist to check them through warnings, followed by purification rites.” Ochigbo S. Best (2008).
Funeral ceremonies among the Idoma are often quite dramatic, with greater attention afforded to members of the community who have reached a combination of advanced age and prestige. Extensive funerals are held for both women and men in preparation for sending them on their final journey away from the village to the spirit world across the river. A memorial service, or second burial, is held for the deceased some time after the original burial in order to ensure that the dead pass on to the ancestor world in proper style