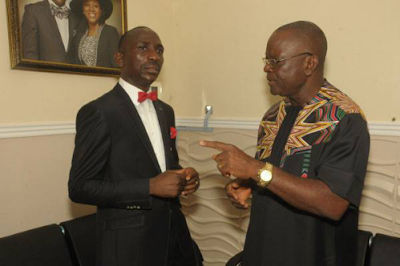 The Benue State Executive Council has accepted the nomination of three Benue State indigenes one each from the three senatorial districts for national awards.
The nominees are Professor Nancy Agbe, Governor Samuel Ortom, and Dr. Paul Enenche.

These were contained in a report from the committee on a framework on positive change and new orientation in Benue State presented by the Permanent Secretary, Ministry of Information and Orientation, Mr. Moses Agbogbo Ode.

The Council presided over by Governor Samuel Ortom, directed the Ministry of Information to study the report and raise a memorandum on it for further necessary action.

The Council also directed the Commissioners of Information and Justice to look into the petition of the contractor at the Benue Printing and Publishing Corporation, BPPC whose contract was terminated and re-awarded to another, and report back.