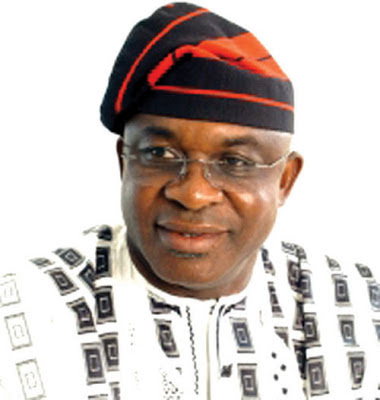 The people of Idoma were recently shocked when  Senate President David Mark affirmed that they should burry the hope of ruling Benue State.
The acclaimed Okpokpowulu of Idomaland, warned his people not be deceived by thinking that an Idoma man would take over the mantle of leadership from the incumbent Governor, Gabriel Suswam in 2015. He said that they can only be Governor if the much-awaited Apa State is created.

He gave this warning in his country home, Otukpo, the Idoma ancestral home during a courtesy visit by the Igede stake holders, led by Sir Moses Ajima and Hon. Samson Okwu, member, representing Oju/Obi federal Constituency in the House of Representatives.
The nigerian Senate leader opined that an Idoma can only be Governor if Apa State is Created or Alternatively, the rotation of power clause among the senatorial zone is inserted in the constitution amendment.
Mark took his time to explain why he would not dabble into the affairs of the state to avoid unnecessary clashes with Governor Suswam.
He said the moment he dabbles into domestic issues in Benue, there would be crises between him and the Governor.
Source

Terrorism going on in Nigeria is purely in pursuit of jihad -Benue CAN Chairman, Archbishop Orkwa