The Peoples Democratic Party House of Representatives candidate for Ajeromi Ifelodun Federal constituency of Lagos State, Hon. Francis Barthlomew Chima aka OmoBarca has won the case instituted against him by Mrs Emilia Ezeude, an aspirant during the party primaries election that took place on May, 23rd.

Mrs Ezeude had approached a Federal High Court sitting in Lagos to declare her winner of the PDP primaries for House of Reps in Ajeromi Ifelodun federal constituency on the 20th of June. She alleged that the electoral appeal committee decision of PDP declared her as the rightful candidate for Ajeromi Ifelodun.

After careful consideration of the matter, Justice T.G Ringim struck out the case for want of diligent prosecution on the 9th of August, 2022. The claimant and her counsel were absent during the court proceedings.

Based on this ruling by the court, OmoBarca has scaled through the lawsuit of Mrs Emilia Ezeude as other matters regarding the PDP primaries are still in court. 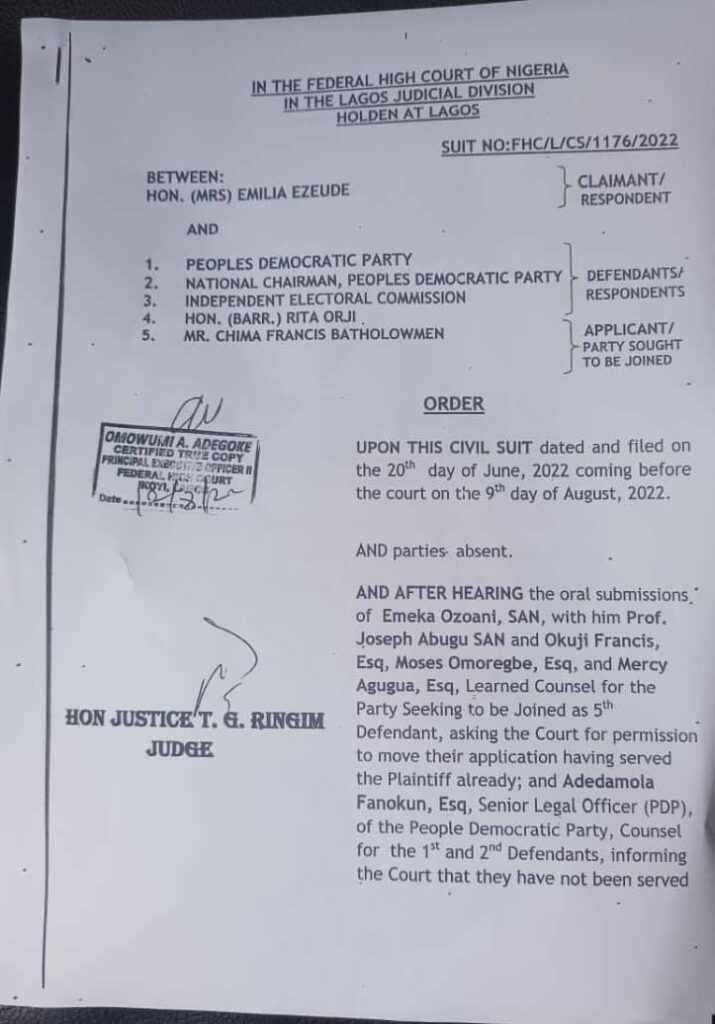 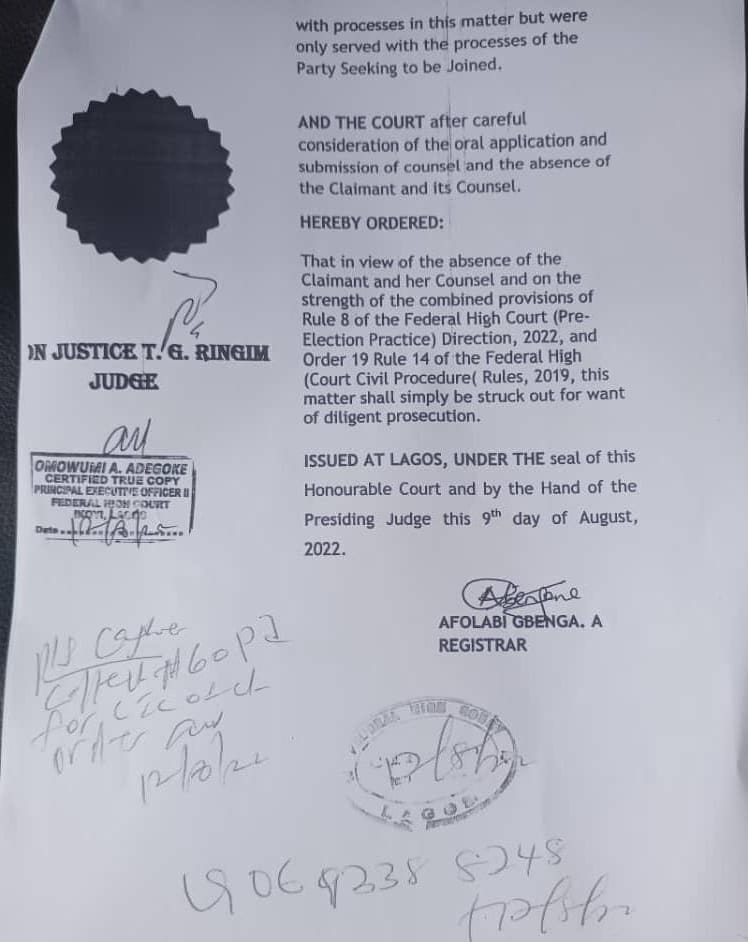