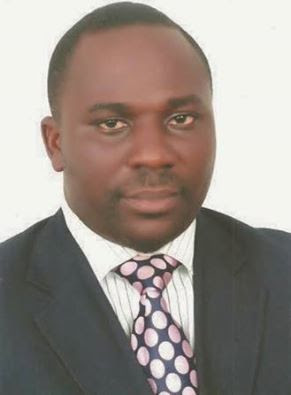 More revelations have continued to emerge on the sudden death of Rev. Sammoses Enenche, the younger brother of Dr. Paul Enenche of Dunamis International Gospel Centre.
IDOMA VOICE reports that Rev. Enenche passed away Wednesday night after he collapsed.
According to an insider, the family which parades great men of God, including Dr. Paul Enenche of Dunamis, Rev. Vero Enewa Aluma of the House of Mercy International, Makurdi among others refused to bow, standing on their faith that God will bring him back to life.

It was gathered that the Enenche was to be in Lagos today for the wake keep of the the late father of socialite, Bunmi Tejusosho before the sad incident.

His corpse has been taken to mortuary.

Meanwhile the family is yet to officially announce the demise of the respected and soft-spoken God’s general.
He’s a native of Orokam, in Ogbadibo LGA of Benue.
Since the news of his sudden transition became an open secret, the good people of Orokam have continued to pay glowing tributes to the departed clergyman.
A man who gave his name as Ezekiel Abah described the late Enenche as a man of ‘raw word’.
“Daddy Enenche was a man of raw word. He was a preacher of the gospel to the core. A prophet of the Most High. Well, who are we to question the almighty, may his gentle soul rest in peace.”
Reacting to the incident, famous comedian, Enenche Enenche recalled his first encounter with the Holy Spirit in the deceased’s lead Jesus Glory Chapel, in Makurdi, Benue State.
He said, “Too bad, since I first the news saw here… I got filled with the Holyspirit in Jesus Glory Chapel in MAKURDI.”
Read more tributes HERE.

All set for Ogbadibo Cultural Carnival 2016

All set for Ogbadibo Cultural Carnival 2016