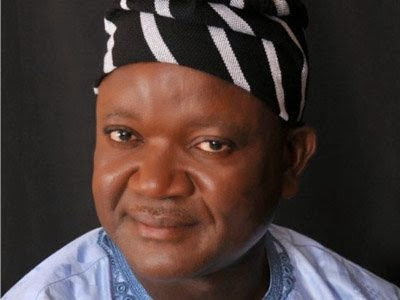 Benue State Governor-elect, Chief Dr Samuel Ortom, yesterday disclosed that he had vowed never to steal government money if elected governor of the state.
He made the disclosure during interactive sessions with religious groups who visited him at his Makurdi residence yesterday.

They included the Pastor, elders, and women leaders of the NKST Central, Wadata, Priest and Parishioners of St. Francis Quasi Parish, Akpen, the management of Bishop Murray Medical Center, all in Makurdi, as well as leaders of the Redeemed Evangelical Church Mission, REM, from Gboko.

Chief Dr Ortom disclosed that he was grateful to God who he said lifted him from humble beginnings to his present status adding that he was contented with what he had and no longer needed to acquire more material things hence his vow not to embezzle government money.
He said he never had and did not need a foreign account and promised to lead by example by shunning illegal acquisition of wealth.

The former Minister of State, Industry, Trade, and Investment reiterated his resolve to have zero tolerance for corruption in his administration adding that he had already read the riot act to his family never to accept questionable gifts on his behalf stressing that any corrupt government official would not be spared.


He promised to partner with the Church to give a new orientation on moral rectitude to the people and to deliver quality health care and education.

Chief Dr Ortom attributed his victory at the polls to the fervent prayers of believers stressing that he shunned all advice to consult with fetishes powers believing that power belonged to the Almighty God alone who he said ruled in the affairs of men and solicited more prayers for the success of his administration.

He expressed optimism that the same God who ensured his victory was capable of lifting the state from its current lowest ebb to lofty heights so that the testimony of His hand on the state would reach all corners of the earth.