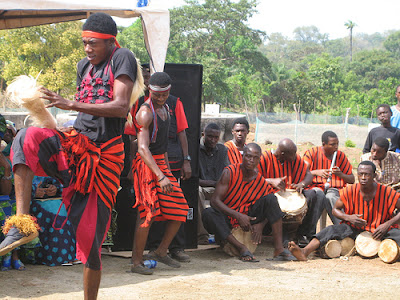 Good morning. Here are five major news that broke out in Idomaland on Monday.

1. There was jubilation in Otukpa, the seat of Ogbadibo after the court of appeal upturned the judgment, which earlier stripped Chris Adabah Abah of his lawmaker robe.

The court set aside the judgment, which earlier enthroned Hassan Saleh as the lawmaker representing Ogbadibo, Okpokwu and Ohimini Federal constituency.

Following the decision, Abah, otherwise known as Mad Lion will be inaugurated as the new lawmaker. Meanwhile, Saleh has insisted that he is still in charge, vowing to drag  the case to supreme court.

2. The Peoples Democratic Party in Agatu, Monday experienced a political rapture after no fewer than 3,000 of its members joined the APC.

Leading the defectors  was former PDP chieftain and lawmaker, Solomon Agidani. The were received by the deputy governor of the state, Benson Abounu who led the APC campaign train to the community ahead of the rerun election in Benue south.


3. Ugbokolo, the seat of Benue State Polytechnic was on Monday shutdown by students of the institution over the sudden increment of their school fees by the Benue State government

Despite the presence of the heavily armed security men, the fearless students blocked the Otukpo-Enugu road to register their displeasure over the sudden decision, which they tagged unbearable.

4. Apostle of the most, Dr. Pastor Paul Enenche of the Dunamis Int’l Gospel Centre, has dropped another single.

The single, entitled, Back With A Testimony is coming on the heels of the success of his earlier studio effort, Ainya.

Back With a Testimony is a prophetic song, which is currently enjoying heavy airplay on many radio stations across the county.

5. Senator David Mark has averred that he’s psychologically ready ahead of the rerun slated for February 20.

Mark, who would face the young sword of Onjeh, said he is battle ready and with God by his side, he will win.

I’m not dead – Akume cries out

I'm not dead - Akume cries out