Jaywon did not buy any car for me – Imelda J Okwori

Jaywon did not buy any car for me – Imelda J Okwori 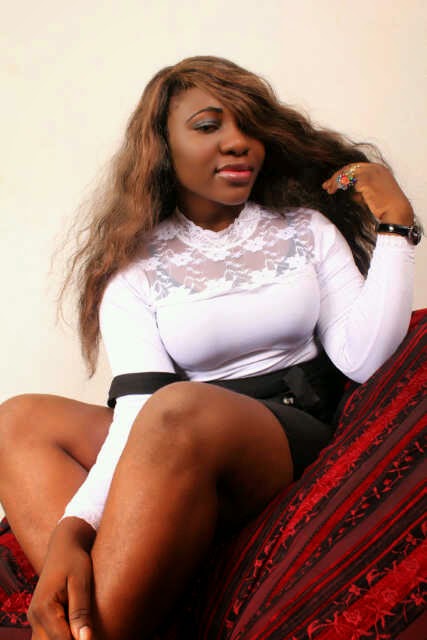 Pretty Queen of Pop, Imelda Ada Okwori from Benue State, popularly known as Imelda J State is no longer new to fans, having droppedseveral hits like My love for You featuring OJB Jezreel, Love Magic, Go Ahead, Together As One featuring Mike Okri, Fosoke, Show Me featuring Side One and other hits. Not long after launching her new album Beyond Gravity at Sheraton Hotel, Abuja recently, a rumour about her dating Kennis Music act, Jaywon started flying around. Imelda J clears the air on this in this interview with ANTHONY ADA ABRAHAM, as she also talks about her career in general.

Let us start with the latest news making rounds in the industry which claim that you are in a hot romance with Jaywon, how factual is that?
It’s not real. I am not dating Jaywon.
It is stated that you had a secret wedding with him recently. How about that?
Well, that’s a very big lie. I am not married to anyone.  No secret wedding. I think it would be very rude of me to get married without the consent of my family. That was not part of my upbringing, and even if I am to get married, why would I do it in secret as if I owe anybody? Please that is not true. Something went wrong somewhere.
You said something went wrong somewhere. What could that be?
Yes. Something went wrong. The news came to me via a friend of Jaywon who called me on phone. I was in the church for Ash Wednesday mass at about 6pm. He called me and when he said Jaywon just called him and told him he saw news about me and him being married, I was shocked. That moment went sour and I could not even concentrate during the mass at all. He then forwarded some blog sites to me. After the mass, I summoned courage to open them. I went through the news and the pictures. It was a cut from my video. However, so many questions started running in my mind. I know my facebook and twitter accounts have been hacked. But this particular picture was not hacked. And there was only one possibility left. I was attacked and robbed at mile 2 on my way from Festac a week before this rumour. It is possible that the phone got to someone who knows the use of his pen and so made a fast move without trying to contact me. In that phone, I have the memory card that contained all my documentaries for the past five to six years. It has really weighed me down. Thank God I am not the type that keep nude pictures and all that, if not the rumour or story would have been worse than it is now.

In the said picture, it indicated an intimacy posture. Is it the video you are talking about?
A love video that entails the two of you romance yourselves that much? The song is a love song. In that video, we were very close and we just played the role of two people in true Love. Ready to give everything you have to your partner. I gave all my properties to him and coincidentally, he did the same and it was romantic for someone to love you for real. May be that question should go to my director because I don’t know how he did the magic.
Are you saying that the director of the video influenced the posture in the picture?
I don’t know, all I know is that we did not hold any secret wedding.
Away from that, how about the Chrysler car reported to have been bought for you by him as a birthday gift?
That is very funny to me. I am sure the person who wrote that went online for a proper research about Imelda-J. Aside having those pictures in my lost phone, the news and the picture of my car are on major blogs. The major gift I received on my birthday was from my aunt. I bought my car shortly after my event in Abuja. It is very sad how people think a young lady cannot buy something by herself. Must every success of a woman be attributed to a man? All I know is that God is alive watching us and our doings.
He was also said to have bought you a wrist watch worth of $500,000?
Jaywon did not buy anything for me please. Why should he do so for me when I do not have anything to do with him aside music? We are not close friends on a normal day. I don’t call him on phone. We have good and normal relationship just like every artiste will have. Even if we were to be dating, I will not even expect such a gift from him because I think he still has a lot to put together as a young man.
How did you meet him in the first place?
I have been a fan of Jaywon for long. So I decided to do collaboration with him. I was considering doing with someone else but I decided to settle for him because my spirit was positive on having collaboration with him and this should be done before every other artiste. I consulted my manager and she agreed to work on it. We met someone who introduced us to him. I must tell you it was strictly official. No strings attached.
If truly there is no relationship between the two of you, why did your spirit choose him rather than another person?
I feel connected to him musically each time I listen to the way he sings with passion. Things of the spirit cannot be understood by human. I can’t explain that. With time I will understand why. But for now, I can’t really explain.
Musically, what are you up to?
I am up to so many things. I am trying to stay focused no matter who is trying to distract me. I will be dropping my new single this week; both the audio and the video. The title is Everything I do featuring Jaywon. I am also working on a follow-up single shortly after I release the first single. My album is ready. And we did the promotional album launch in Abuja towards the end of last year. The final album will drop sometime this year but no particular date is fixed yet. I have a lot at hand for now.
That reminds me. According to the press release from Jaywon’s management, I was told my management released an official statement for a publicity stunt. I want to state clearly here that I do not want to join issues with anyone. But I demand a copy of the said ‘Official Press Release’ they said we gave to the press. This could be the case of a pot calling kettle black. Maybe that is what they do and they think circumstances beyond someone’s control cannot occur. They pointed a finger at me and three fingers went back pointing at them. I already had my plans rolling for the release of my latest single. I don’t need a stunt to promote this song. Are they trying to say the story going on between Kennis music and Jaywon is a publicity stunt? Today they are no more together. Tomorrow, Jaywon writes Kennis to buy his right. The next thing, they deny writing a withdrawal letter. Another day, Kennis music will release a statement to ban Jaywon’s song from the media. The next thing, Jaywon says I am still with Kennis. So tell me who is fooling who? Sometimes, we need to know that age is nothing but a number. There are matters that are very delicate that we do not have to jump into conclusion so easily. I see this as a major distraction but I have promised myself not to lose focus come what may.

Benue State: A case of abandoned legacy by Usha Anenga

BLOOD, BLOOD EVERYWHERE! Another 63 killed in Benue by Fulani Herdsmen

BLOOD, BLOOD EVERYWHERE! Another 63 killed in Benue by Fulani Herdsmen