JoEl! Could this be another 2face Idibia?

JoEl! Could this be another 2face Idibia? 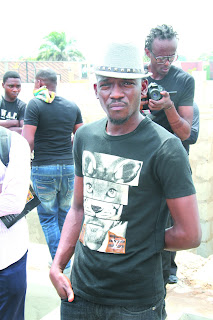 Joel got signed on Kennis music label some few months back and it’s so interesting to know he is fast becoming a household name.

His first single entitle I no mind is currently rocking the airwaves both on radio and TV stations across the country, but what would baffle one most is the similarities this fresh talent shares with African King of Pop, 2face Idibia.
According to findings, Joel discovered that apart from the fact that he has a facial look just exactly like 2face, they have almost the same voice texture, hail from the Idoma ethnic group in the Southern part of Benue State in central Nigeria. And lastly, His being signed on 2face’s former record label (Kennis Music) in which one would think all this is far beyond mere coincidence.

With all the features Joel shares with 2Baba, He’s also capable of shaking the world, like him.
Watch his video here