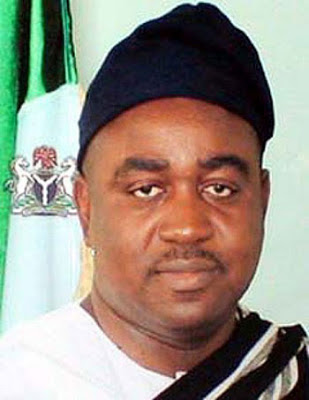 Governor Gabriel Suswam of Benue State has called for decisive action to end the increase wave of violence in Nigeria.

Suswam who spoke to newsmen in Abuja shortly after meeting the Vice President, Namadi Sambo to brief him about the recent clashes in his state, said it was time the security agencies tackle the security challenges in the country, saying the senseless killings was totally unacceptable and it is expected that the security agencies would react to the situation.

He also said 10 suspects had been arrested in connection to the killings. Though he refused to disclose the casualty figure which he said was high.
He said, “I came to brief the Vice President on the security situation in Benue. You must have heard that there are serious altercation between the Fulanis and the local farmers. This time it happened in Agatu Local Government which is one of the Local Government that the Senate President represent and they almost overrun the local government and there was a lot of killings a lot of property destroyed and I felt that I should come to brief the Vice President who is holding fortyh for the President and I also discussed other sundry issues that relate to the general security situation in the country.”
On what should be done following the increasing wave of killings, the governor said, “I think that we should be very decisive, the security agencies must be decisive. Where people kill uniform people with impunity is totally unacceptable and when there is a situation like that and the security agencies react and people say they are excessive it is not right. You know there must be some fears instil in people.
“The way we are going, if people can look at uniform people and go out and ambush them and kill them in that manner that it was done, I don’t think that that should be acceptable to anybody no matter the action taken subsequently by the security agencies I would not support a situation where groups, militias or miscreants will target uniform people. It then means that if the security people now are at threat, it means that we are not protected. So I do not support people who say that security people are excessive at times in the action that they take because they must make sure that such a thing must not repeat itself. Where you kill 20 police men by cultist group within the country, I don’t think that should be acceptable and we must be very decisive.
“At the level of leadership where I sit, I try to be pro-active as much as possible where security issues are concerned to engage the people so that it do not later degenerate to where we will have a lot of killings.
“In Benue, relatively we have been able to keep that until that issues with the Fulanis which is not peculiar to Benue anyway. It is happening across the country and it is also one of the issues that I discussed with the VP and he also has his own perspective to the extent that we think that it should be an issue that should be discussed at the national economic council because for us who are basically farmers, it is killing the economy of the rural populace because people can no longer go to the farms and the ripple effects of that subsequently can only be imagine.
“It is an issue that must be taken seriously. The entire of the Northern region is known for farming and in most of the sates farming activities is now epipleptic. So farming that will comw with it the economic activities that have been dislodge and whether we like it or not at the end of the day it affect the general GDP of the country.
“This is an issue that must be treated with all seriousness by all and sundry it is not just an issue that is localized it is a national issue and must be treated as such.
“I am still insisting that security agencies must be very decisive it is totally unacceptable anywhere in the world where people target security operatives. It happened in Somalia, the government did not take it serious they were targeting and killing security operatives instilling fears in the populace now the security operatives became incapacitated and the rebel overran the country. The same thing in Sudan and Somalia.
“The Latin America were able to address this because in a lot of countries like Colombia Mexico Nicaragua had the same situation but they got out of it because the government became decisive in making sure that people do not kill security operatives with impunity.
“Here everything is being politicized if security operative kill militia they say they are been excessive. I don’t agree with that we must be decisive.
“I just want to slicit the support of every Nigerians. This is not an issue that should be politicized and put on partisan table as some people are doing. This s an issue that must be addressed collectively. When America was attacked both the Republican and the Democrat joined hands together knowing that it was a problem of the nation. Not that people will take advantage of people and say government is not doing what ot should do.
“Whatever party we belong to we ,must join hand together Nigerian should come together to fight the impunity.”
Previous Post

Kula Tersoo: Benue: What manner of clearance for commissioner nominees?

Kula Tersoo: Benue: What manner of clearance for commissioner nominees?