Last minute actions in Benue: Suswam in another trouble

Last minute actions in Benue: Suswam in another trouble 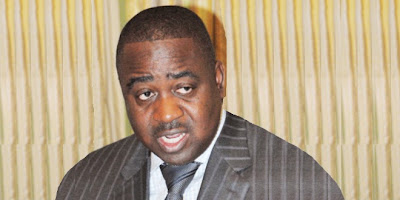 A university Don from the Benue State University, Professor Aloysius Ihuah, and member of the State House of Assembly, Mr Benjamin Adanyi, have dragged the state government under Governor Gabriel Suswam to court over last minute employments, appointments, and sale of government property. In separate writ of summons filed by Professor Tony Ijohor, a Senior Advocate of Nigeria, SAN, Professor Ihuah and Minority Leader of the state assembly, Mr Adanyi are praying the Makurdi High Court to restrain the state government from employing 4,500 workers and making further last minute appointments.
Professor Ihuah averred that as a public servant duly employed by the state government he has not been paid his salary for the past three months while other workers have not been paid for over five months yet the government was seeking to employ over 4, 500 staff and further compound the situation.
He stated that the first defendant has also concluded arrangements to lease some state owned companies including the Benue Fertilizer Blending and Chemical Company Limited adding that the actions would put the state into more difficult financial state.
According to the plaintiff the current market value of the Benue Fertilizer Blending and Chemical Company with its machinery, warehouses and other facilities is above N200 billion while the current market rate of leased properties such as the plant is N250 million per annum pointing out that it was being leased out to a crony at a give away N2. 5 million per annum.
The Minority Leader of the state assembly said the appointment of some members of the Local Government Service Commission whose appointments Governor Suswam sought to replace or reappoint had not expired and sought the court to restrain the governor from carrying out the action.
Also joined in the suits is the Attorney General of the state while AT & S the firm that has been earmarked as a beneficiary of the lease has been joined in the suit challenging the lease.
No date has yet been fixed for hearing of the motions in respect of the cases.
Previous Post

Ahead of May 29: Ortom drags Suswam to church

Ahead of May 29: Ortom drags Suswam to church