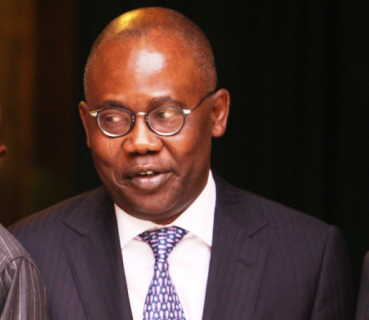 SaharaReporters has learned that the former Attorney General of Nigeria, Mohammed Adoke, is expected to appear at the Economic and Financial Crimes Commission (EFCC) headquarters in Abuja tomorrow.

Sources speaking to SaharaReporters on the condition of anonymity have said that Mr. Adoke will be questioned on his role in the Malabu Oil scandal in 2011.

It will be recalled that the Malabu Oil scandal involved the transfer of $1.1 billion in proceeds to the personal accounts of several associates of former President Goodluck Jonathan. Mr. Adoke, along with State Minister for Finance Dr. Yerima Lawal Ngama authorized the release of more than $400 million to an escrow account.

Mr. Adoke was also involved in the Halliburton Oil scandal and allegedly stole a large sum of money to buy shares in a private charter airline company Izzy Air. The Halliburton Oil scandal involved a decade-long effort to bribe various Nigerian officials, including Mr. Adoke.  In all likelihood, the former Attorney General will be detained by the EFCC after making his appearance in court.