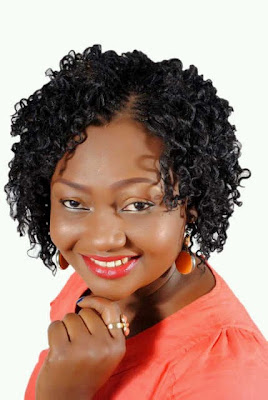 All is now set for the fourth edition of Miss Idoma beauty Pageant.
The competition, powered by Free Image Entertainment, FIE, is aimed at celebrating the beauty of the Idoma woman.
Speaking at a press conference held in Vannapo Resort, Otukpo, Benue State on Thursday, President of FIE, Jane Odoh said that the contest would go a long way in empowering the Idoma targeted youth positively, while also uplifting them towards contributing their quota to the socio-economic development and sustainability of Nigeria. She said the event would showcase the beauty of Idoma land and the virtues of its women.
According to her, “This edition- 2013 will be choreographed in a unique and creative style and will be the 1st of its kind in Nigeria.”
On those eligible to participate in the beauty contest, Odoh said, “All participants must be between the ages of 18 and 26, and they must be or above 5:7ft tall.
She said that an individual contestant must not be married, never have been married, and never have had a marriage annulled. Must never have given birth to a child, not be pregnant or be a parent.
All Participants must be of good health & moral character.
She disclosed further that the contest was also open to non-indigenes born in Idoma the land and fluent in Idoma language.
“Participants must speak fluent English and must agree, that if selected to compete in the 2013 Idoma Beauty Pageant, they will abide by all the rules and regulations governing the pageant.” Jane was quoted as saying.
The Organizers have further revealed that over 20 girls from the Idoma ethnic group would compete for the title. They will be competing also for grand prize of a brand new car, trip to UK and other mouth-watering prizes.
The organisers had told AU that, the final selection would take place on November 30, 2013 at Vanapo Resort, GRA, Otukpo.
This year’s Miss Idoma is supported by, Mark D’ Ball, Och’Idoma, Igoche Mark
Star, Benue State Government
Exclusive Bar, Zone C ALGON, Benue State Environmental Sanitation Authority, Chibaba Ladies Affair Boutique and all Idoma sons and daughters
While media partners include, DailyPost, JOY FM, Otukpo, APA Update Newspaper and DayBreak Newspaper.
Interestingly, the fourth edition will take off with an old school party on December 25 (Christmas Day)
While the street carnival (Masquerade) will take place on Boxing Day, December 26, the grand finale will hold on December 27.
Previous Post

I am not on warpath with Akume -Usman Abubakar (Young Alhaji)

I am not on warpath with Akume -Usman Abubakar (Young Alhaji)