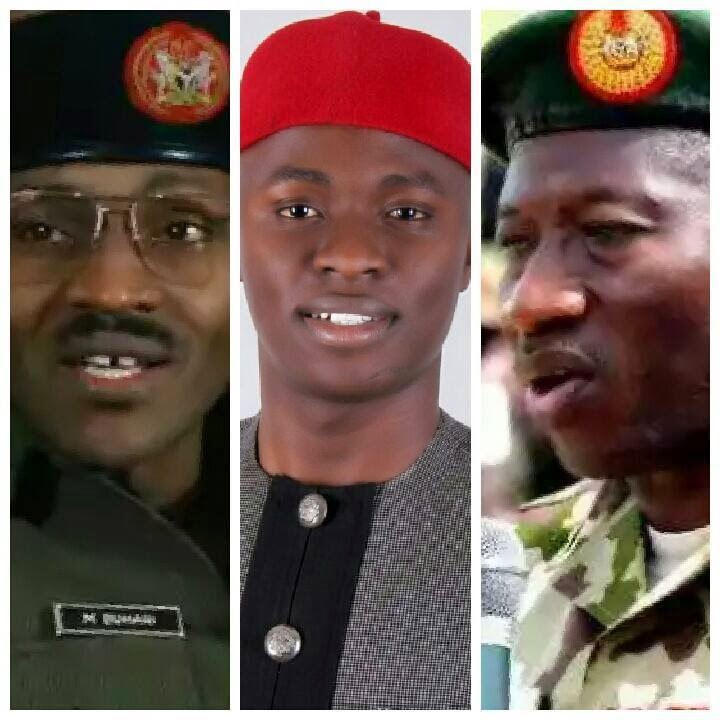 Foremost Idoma comedian and comic merchant, Enenche D Comedian has strongly warned against political violence as Nigerians march to the polling stations to elect who would lead them four another four years tomorrow, Saturday March 28.
Known for his awe-inspiring write-ups, Enenche Enenche, as he prides himself said bloodshed has never made any country economy stronger, saying that any attempt to make this election bloody would be disastrous to the nation’s young and promising democracy.

He was apparently reacting to the threats by some individuals who had vowed to soak the nation in blood if their candidate loses.

Enenche, who publicly declared his support for the presidential candidate of the now rested Congress for Progressives Change, CPC, Gen. Muhammadu Buhari in 2011, said he would prefer to sit on the fence in this presidential poll. His reason? He attributed to Buhari’s cold reaction to the 2011 post election violence, which claimed many citizens.

With his picture stocked in between that of President Goodluck Jonathan and Gen. Buhari on Facebook, the Aidogodo born entertainer wrote:
“Bloodshed has never fixed the socio-economic challenges of any African nation.
Bloodshed never transformed Congo, neither has it made Rwandan economic strong.
Bloodshed never liberated Liberia from her economic realities, neither has it made Somalia the pride of Africa.
I respect your views and political aspirations, please vote and respect my life.
I am aware of your passion, please i passionately beg you to vote and please don’t kill me.
Please vote, just vote and let live!
Nigeria shall survive… this is not a wish, but a conviction.
Be calm, we stand with Nigeria at this crossroad.

#Nigeria Decides: All the news, updates and incoming results (Live Report from Benue)

#Nigeria Decides: All the news, updates and incoming results (Live Report from Benue)