by Attah Aaron
in Education

Nigerian students have decried the inability of the Academic Staff Union of Universities (ASUU) and the Federal Government to end the ongoing strike embarked upon by university lecturers in the country.

IDOMA VOICE reports that Nigerian students had hoped that the strike would be called off today following the earlier assurance by ASUU leadership.

Recall that ASUU president, Prof. Emmanuel Osodeke, had earlier assured the union was willing to call off the strike if the Federal Government agreed to its demands at today’s meeting.

“If we go into that meeting tomorrow and the government says, what you have bargained for, we are willing to sign, the strike will be called off,” he said.

However, all hopes were dashed on Tuesday night as both parties failed to reach an agreement.
A senior member of ASUU, who craved anonymity told Channels Television that members of the Briggs renegotiation committee did not come with any new offer on the table.
Instead, the ASUU source said, the committee plead with the lecturers to suspend the ongoing strike, with promises that their concerns will be included in the 2023 budget.
According to the source, the meeting, which started at about 12pm, lasted for about three hours without any agreement reached.
The development has stirred anger among Nigerian students who have vented their anger on social media, with many blasting the federal government for their refusal to end the lingering strike.

Here are reactions gathered from Twitter by IDOMA VOICE. 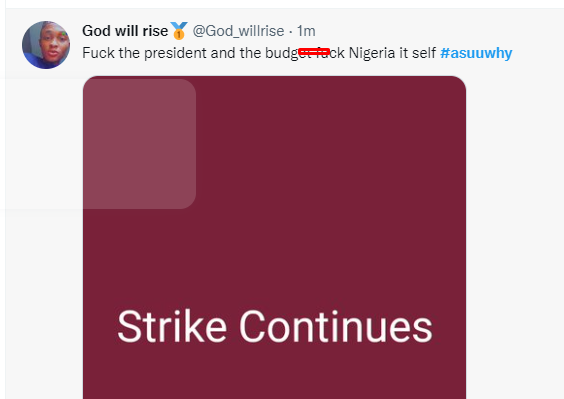 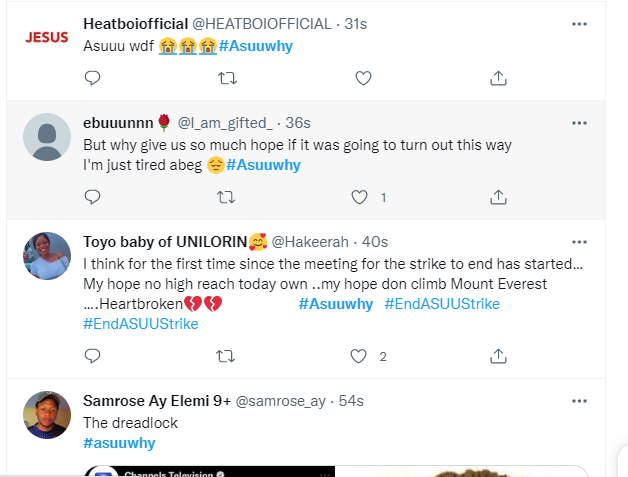 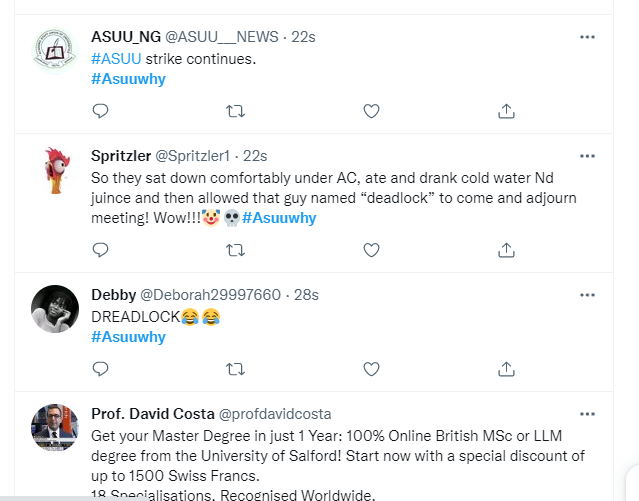 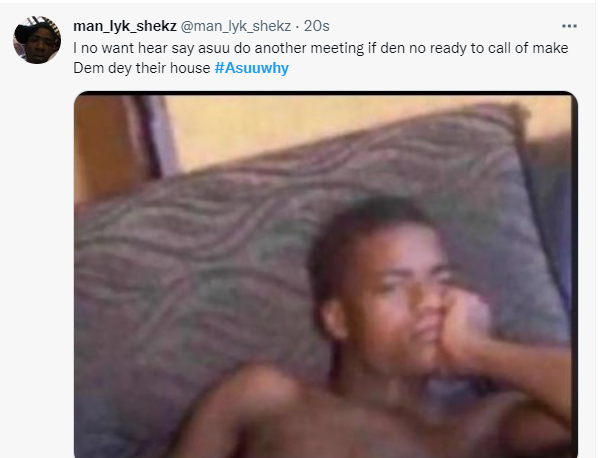 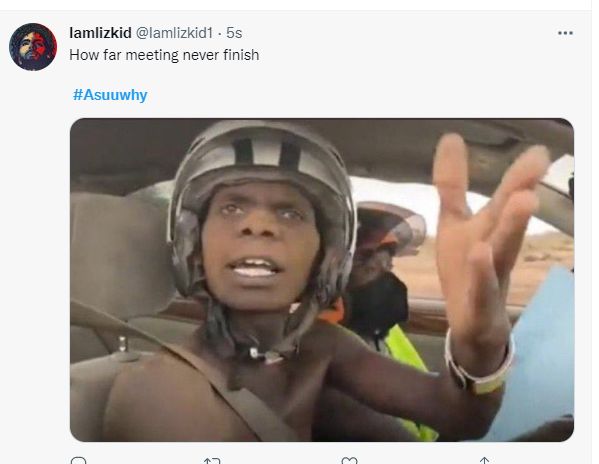 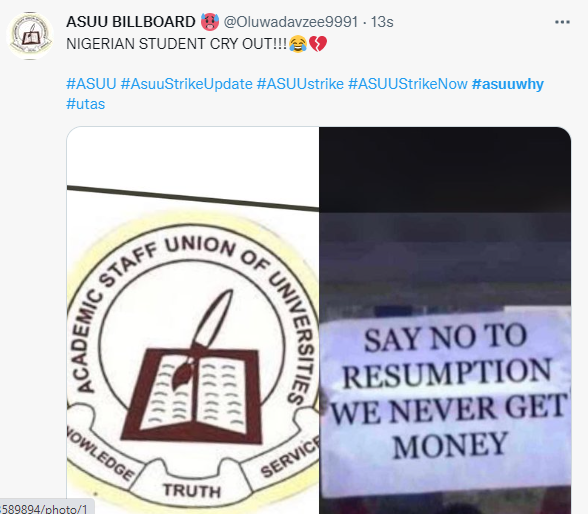 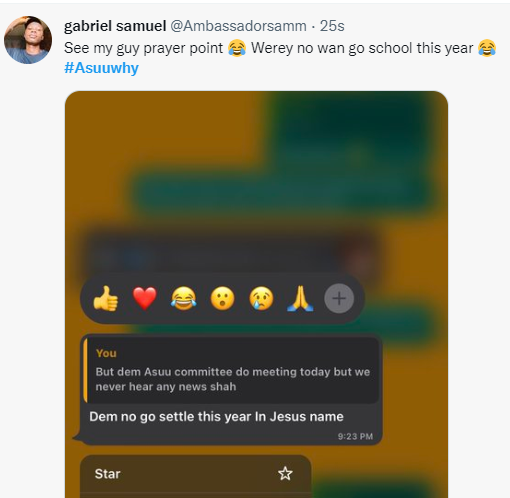 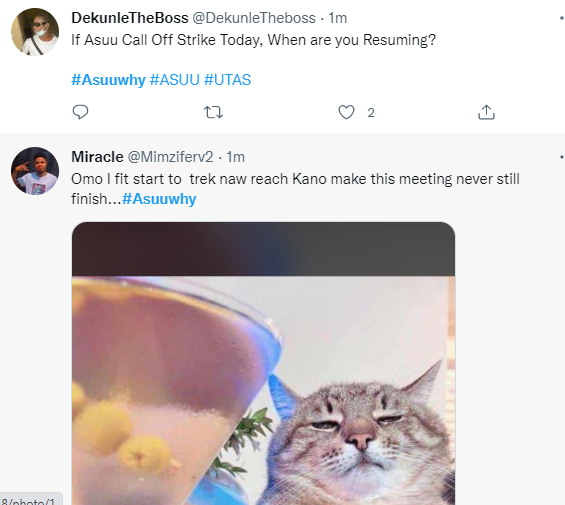 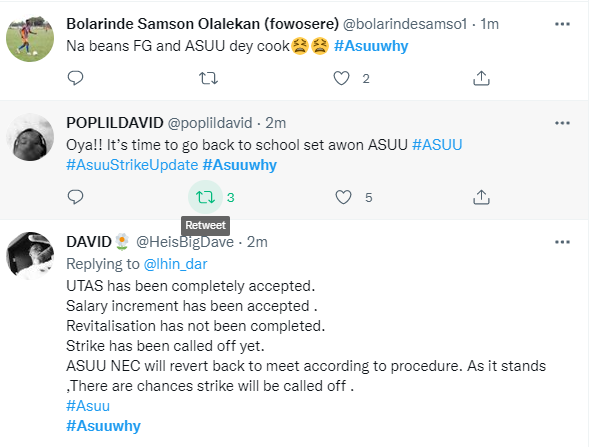 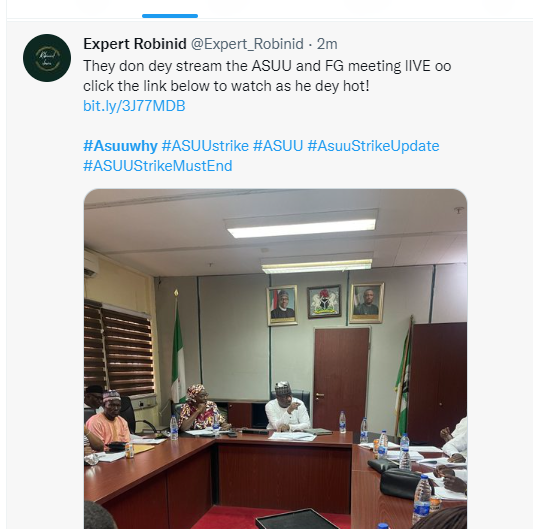 Details of meeting between ASUU and FG emerge

Has ASUU called off strike?

Has ASUU called off strike?