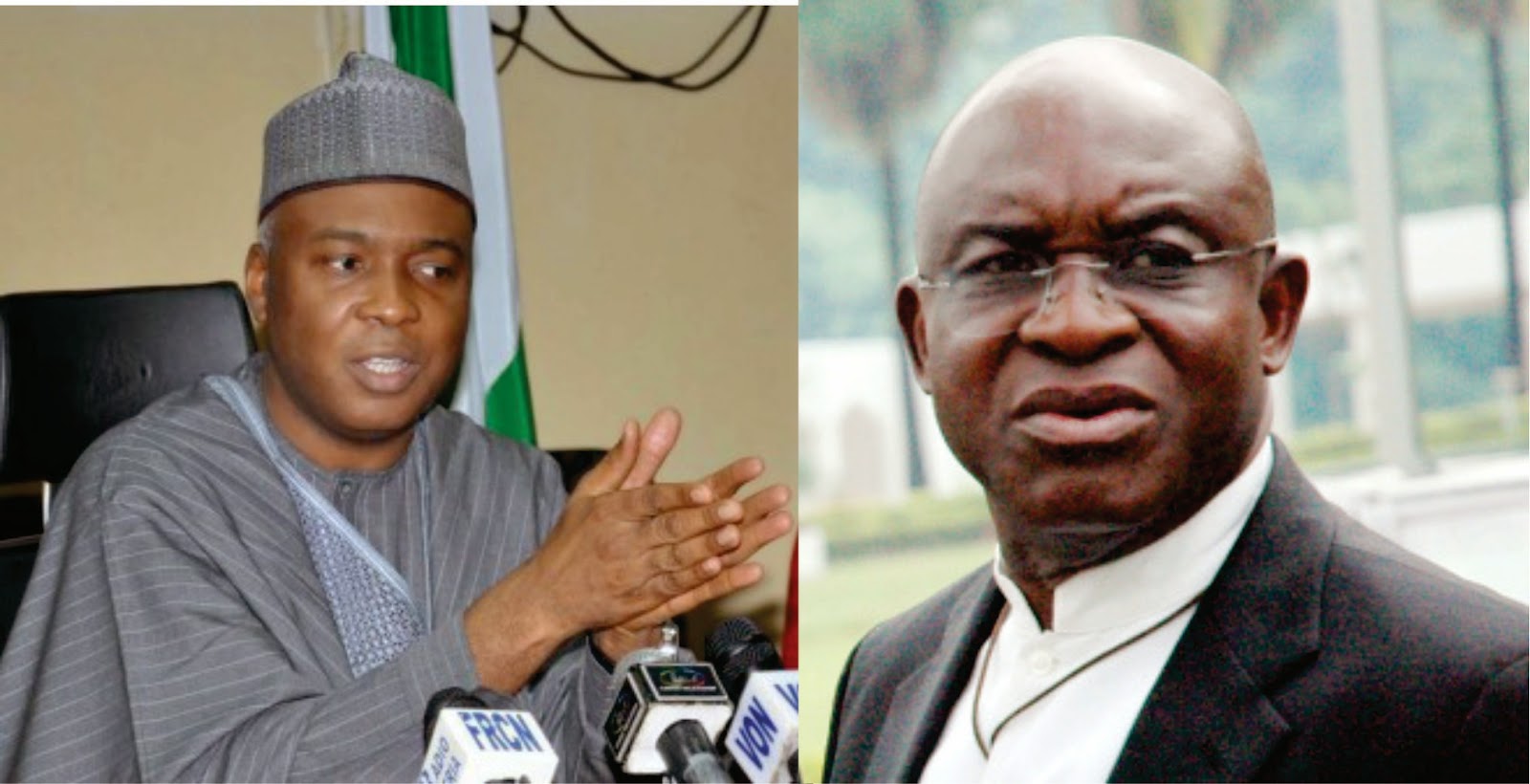 The chairman, Senate Committee on Environment and Ecology, Dr. Bukola Saraki has declared that the Senate President, David Mark betrayed the APC senators on his decision to go ahead with the confirmation of Musliu Obanikoro as a minister.
Saraki during an interview with newsmen in Ilorin yesterday claimed that Mark reneged on an earlier agreement he had with other lawmakers on the  confirmation of  Obanikoro.
According to former governor of Kwara state, senators had during an executive session agreed to defer the issue of Obanikoro to allow concerned senators particularly in the APC to reach an amicable solution on the controversies that surrounded the then nominee.

He said APC senators had arrived the chamber last week with that agreement in mind and therefore were disappointed that the Senate president went straight to the confirmation stage for Obanikoro instead of making room for reviewing the opposition against the nomination.
He defended the decision of his colleagues to walk out on the confirmation, saying it was an attempt to protest what was considered as wrong for the sake of posterity.

“Well I think what happened was unfortunate. I believe that, in the Senate, the National Assembly, there are many courts- the court of the law and the court of public opinion and we all represent constituencies.

“I believe in a scenario where the three senators, it has always been the practice, have an objection to the candidate and I believe we are all there because we represent the people. We are not there on our own. We must be concerned with that.
“At the same time, I agree that somebody is innocent until proven guilty. But I believe the right thing the Senate President should have done is, we should have tarried a bit and we should not rush on the issue.
“I remember a week ago, after coming out of the executive session, we agreed then that we only take the first four nominees and that we would give one week for further consultation and then we would come back and review. The only person we are reviewing is Senator Obanikoro.

“But when we came in that day, if you notice, I was trying to make him (Senate President) know that this is not what we agreed on. We agreed the last time that we would come back and review the situation. So instead of reviewing the situation, we are now going straight to start the screening processes which is reneging on what we agreed on.

“Point number two is that it was clear that the House was divided and the Senate should not be partisan. We should look at the interest of the country in the decisions we take, not the political party that we belong. It is clear that there was controversy on this nominee and I think the right thing to do is we should have stepped it down while further consultations were done to satisfy those who say that Senator Obanikoro has done certain thing.

“But by going ahead and disregarding the rule and also the new development that we saw was also the court case that was initiated where somebody has taken Senator Obanikoro and Senator Mark to court. Again, one of our rules, 53 (5) says once there is litigation, it is not for discussion.
“I even remember at a time most of us wanted to cross over (to APC), it was this same section that the Senate President came up with and said he could not discuss it. The excuse he gave us was that he had not been served. I think a Senator has got up and Senators are honourable people, a Senator has told all of us that there is a court case.

“I think that should be good enough, in the interest of, again, uniting the Senate and ensuring that we take collective decisions. We’re not supposed to take partisan decisions and also the public opinion on this matter, the best position would have been to defer it.

Benue people have fallen in love with PDP, they can’t vote APC -Suswam

Pandemonium at College of Education, Katsina-Ala as gunmen kidnap provost

Pandemonium at College of Education, Katsina-Ala as gunmen kidnap provost