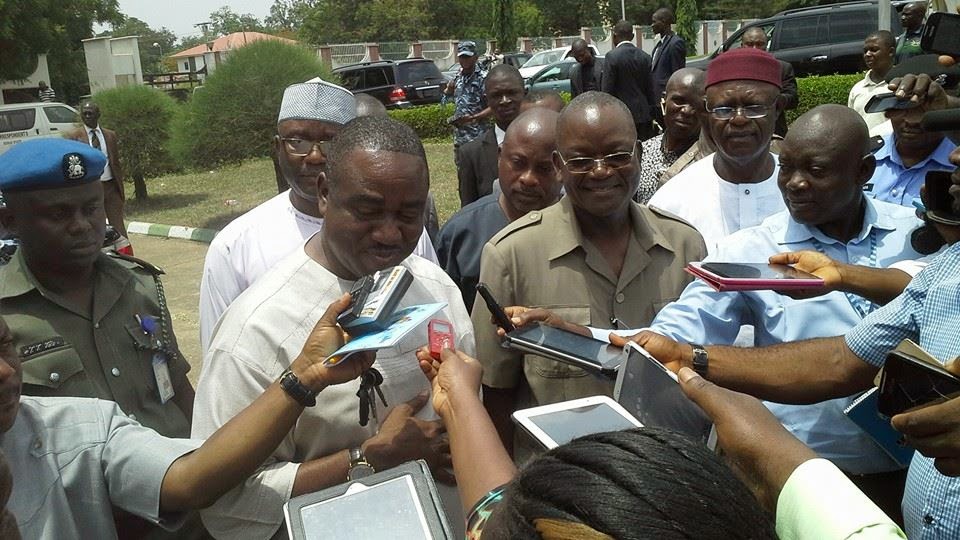 Governor-elect of Benue State, Dr. Samuel Ortom has explained why he accepted the highly-criticized and controversial SUVs gift from the outgoing governor, Gabriel Suswam.

Ortom in a statement through his media adviser, Mr Tahav Agerzua, disclosed that the new SUVs were part of the transition process and would remain property of the state government.
The statement read that “the attention of the Benue State Governor-elect, Chief Dr Samuel Ortom, has been drawn to concern raised by major stakeholders and members of the public about vehicles purportedly “given” to him by the Benue State Governor, Dr Gabriel Suswam as a birthday present yesterday”.

“Chief Dr Ortom expressed appreciation for the concern which he interpreted rightly that the people who gave him the mandate were watching with keen interest and vigilance in order to ensure that it was judiciously utilized.

“He wishes to however, correct the erroneous impression that the Sports Utility Vehicles were personal gifts presented to him and his Deputy, Engr Benson Abounu as well as their spouses.

“The former Minister of State, Industry, Trade, and Investment, stated that the vehicles were from the official Benue State Government House fleet procured for use by the incoming Governor and his Deputy which Dr Suswam showed them in case any was needed for use during the transition period and that they remained government property.

“He explained that the gesture was in consonance with the culture in government circles where an outgoing administration provided some logistics for the incoming one at the state and federal levels”.

The Governor-elect pointed out that at the Federal level the President-elect, General Muhammadu Buhari, had been moved to Defence House and provided with several official vehicles and enhanced security while a plane from the Presidential fleet has been placed at his disposal beside other arrangements.

Chief Dr Ortom stated that elsewhere elected Chief Executives were also provided with accommodation, security, and protocol arrangements pending their swearing in, adding that he had decided to remain in his private residence and also make other personal sacrifices in order to reduce the financial burden on the state government.

He assured that he would never compromise the mandate of the people for whatever reason pointing out that he remained faithful to their sensibilities and his pledge to be God fearing, transparent, honest, accountable, selfless, just, free and fair in his dealings with the people of the state.

Chief Dr Ortom stressed that he had declined to celebrate his 54th birthday with pomp on account of the sober mood of the people brought about by the harsh economic environment at this time even though it came on the heels of his victory at the governorship polls.

According to him, he had also declined suggestions to take a vacation immediately after the announcement of the results so as to take time off to refresh but rather chosen to hit the ground running by confronting challenges of statecraft round the clock with no time even for low key celebration of his birthday with his family.

The Governor-elect said he spent his birthay holding important discussions with the outgoing Governor after which he held meetings to wind down his campaign team and finetune his administration’s blueprint after which he held another meeting with one of the Catholic Bishops in the state which lasted into the early hours of the next day.

He said he had been in constant touch with the outgoing Governor so that they could iron out issues such as the setting up of the joint transition committee, alleged recruitments and replacements into the civil service, the planned local government elections, as well as appointments of new first class chiefs which he suggested should be put on hold.