Pastor, 4 others nabbed in Benue for child trafficking

Pastor, 4 others nabbed in Benue for child trafficking 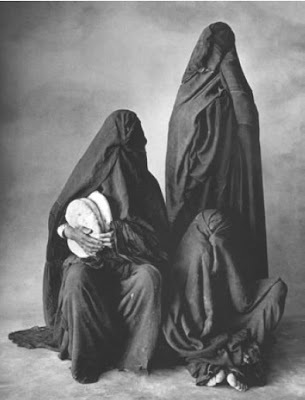 A Pastor (names with held) and four others have been apprehended for questioning by the Benue State Police Command for child  trafficking.  It was gathered from a reliable police source that three of the suspects were arrested in Kano while two others were nabbed in Makurdi.

According to our source, 19 year old Aladi Abbah who resides at Ugbokolo in Okpokwu local government area of Benue State, was few days ago allegedly persuaded by her female neighbour (name withheld) to sell off her 8 month- old baby in order to raise funds to better her lot.
”After intense persuasion and being a single parent, she succumbed and the both of them took the 8 month old baby to Kano where they found a buyer who paid N200,000 for the baby.
”After selling the baby, the duo returned to Makurdi where minor disagreements ensued between the two over the sharing formula of the proceed of the sales.
”But it was not until the mother of the sold baby traveled back to the village at Ugbokolo and was confronted by her aged father who enquired about the where-about of his grand child that the truth of the matter was made public”, he said.
According to our source, on enquiring about the whereabout of their grand child, the mother informed her parents that she lost the child in Kano where she had attended a crusade.
But not impressed with her explanations, her aged parents alerted the police who apprehended her and after undergoing interrogations, she opened up and this led to the arrest of her accomplice.
”The suspects were brought to the Command Headquaters in Makurdi on the orders of the Commissioner of Police, Mr. Christopher Katso and after further interrogation, the duo confessed to the Police that the baby was sold to a woman in Kano.
”At this point, the Commissioner of Police directed his men to move to Kano to effect the arrest of the buyer. But surprisingly, the police got to Kano and discovered that the original buyer of the baby sold her out to another buyer who eventually sold her to a female pastor resident in Kano”, he stressed.
Previous Post

Pains of an Idoma diva: My lesbian story •The whole truth –Susan Peters

Pains of an Idoma diva: My lesbian story •The whole truth –Susan Peters